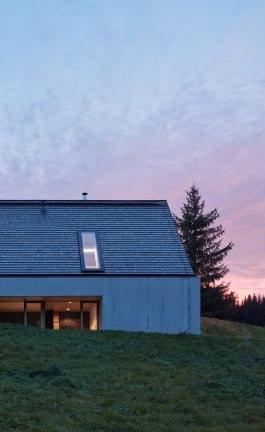 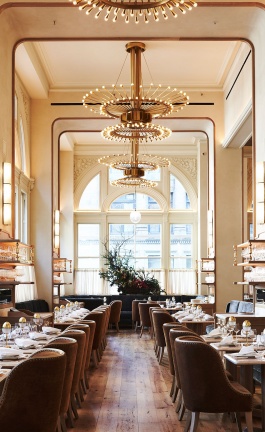 For artists and designers, their studio is an integral part of their practice; a place to nurture their creativity but also a haven for concentration and reflection. Everything from location to architecture to neighbours can make a difference. In this respect, interior architect and artist Ewelina Makosa and furniture and lighting designer Jan Garncarek couldn’t have picked a better place for their studio than this former warehouse in Reinickendorf, a leafy borough in the north of Berlin, Germany. Blessed with ample daylight, five-metre tall ceilings, and peaceful surroundings, not to mention a handpicked group of creative neighbours, including a Spanish painter, an Irish carpenter and a troupe of Japanese performance dancers, the property that the Polish couple took over not only made for an inspiring studio but also turned out to be a great place to call home.

Combining manor houses with working class housing estates, and industrial locations with idyllic parks and natural lakes, Reinickendorf is both relaxed and inspiring. “Life moves at a much slower pace here, compared to Berlin’s city centre” Ewelina explains. “The lack of trendy cafes and restaurants provides ideal conditions for genuine contemplation and focus. In addition, the local lake is a great summer destination.”

Ewelina and Jan found the space mid-renovation which they stopped in order to explore the building’s history and preserve its heritage. Most likely used as a storehouse for airplane parts during World War II, the former industrial facility was rife with imprints of human labour which Ewelina subtly incorporated into her minimalist interior design. The exploration of the passage of time and the brittleness of memory are recurring themes in her art practice – take for example, Ewelina’s eerie self-portrait that hangs on the studio wall which she submerged in a river for a couple of months – therefore you could say that her archaeological approach was no surprise.

Partially painted white, the building’s exposed concrete structure imbues the studio with a soothing austerity, enhanced by the large loft windows that swathe the space with an ever-changing peplum of natural light. The space is sparsely furnished with a selection of Jan’s designs – including prototypes like the glass-top desk and a brass and marble coffee table – as well as vintage pieces such as a sofa mass produced in Czechoslovakia in the 1950’s. Predominantly made of brass and channelling a pre-war, Art Deco aesthetic, Jan’s pendant, desk and wall lamps add accents of opulence and refinement into the studio’s otherwise industrial starkness, while their hand-crafted quality echoes the human labour that once filled the premises.

On the mezzanine level, hardwood flooring and white curtains soften the starkness of the exposed concrete surfaces while a free-standing bathtub, cheekily suspended on timber supports, further stokes the dialogue between the hand-crafted and mass produced that runs through the project – a fitting discourse for a studio housing the practices of both an artist and a designer.