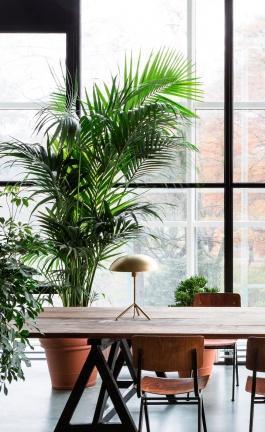 For a city that’s been reportedly losing its historic centre to rampant development and “landmark” buildings by foreign starchitects, Beirut is a place that takes tradition very seriously. This naturally seeps into the local design scene, where older and younger designers alike turn to traditional techniques and materials to create new objects that merge artistic ingenuity with functionality and beauty, attracting the sharpened eye of collectors and curators from abroad along the way. Indeed, Beirut’s design scene is thriving, and its reach extends well beyond the Middle East: with examples such as Lebanese designer Karen Chekerdjian’s critically acclaimed solo show at L'Institut du Monde Arabe in Paris last summer, and the curatorial nomad that is Carwan Gallery has been taking Lebanese designers all the way to The Armory Show in New York.

Focusing on local creativity - especially the younger generation of Lebanese designers - House of Today is a non-profit founded in 2012 by Cherine Magrabi Tayeb with the mission of connecting local designers with design experts abroad, as well as nurturing young talent. “I returned to Beirut with an interest in design and I became aware of very talented designers”, Magrabi told Yatzer, continuing however, “but found it frustrating that there was no cohesion in what was happening here, and no recognition internationally. The foundation came from a desire to recognise this talent, show what can be done when we work together and spread the word about the richness of Beirut’s design culture.” As part of its activities, House of Today sponsors young design students to study at prominent schools abroad, and organises several events and exhibitions —the largest of which is the House of Today design biennial, the third edition of which closes tomorrow at Beirut’s Le Yacht Club.

22 designers of all ages have participated in this year’s exhibition, with contributions by visiting “design ambassadors” from abroad, namely Massimiliano Locatelli and Snøhetta. According to Magrabi, design in Lebanon has not always been an open profession: “We believe in nurturing talent from the very beginning, having faith in our students at the start of their career and giving them an opportunity that would otherwise not be available. Historically these opportunities have only existed for a certain demographic in society and that’s something we are keen to change.” Hosting a public exhibition and a series of talks at the otherwise members-only Le Yacht Club on Beirut’s Zaitunay Bay also seems like a symbolic gesture of openness; the exhibition takes place in a large space with windows looking outwards over the Mediterranean sea, while a special edition of The Wallpaper*Store curated by Carwan Gallery’s Nicolas Bellavance-Lecompte was set up in the bottom of the cavernous atrium in which some of the products have been sourced from local designers. As part of its educational mission, House of Today has also welcomed students to its exhibition, who had the opportunity to meet participating designers and discuss their work with them.

All the objects that are part of the House of Today exhibition were specially created for the show, and were selected after an open call announcing this year’s Jungle Protocol theme. According to Magrabi, the theme playfully refers to the urban jungle of Beirut and its obsession with certain forms of etiquette, but also to all the things “that bind us together as human race”. Masterfully executed and with a rather poetic or even magical-realist aura to them, the objects presented were indeed a well-balanced showcase of top-tier contemporary design. Some objects, like the laundry basket by Khaled El Mays and the whimsical parasol by Marc Dibeh use traditional techniques (in this case, rattan weaving), while others are more industrial and pristine, such as the set of precious bins by david/nicolas and the angular mirror by Ranya Sarakbi. However, many of the designers dared to explore the limits of functionality and delve into the realm of artistic expression —the best example being the all-white standing fan and lamp by Celine and Tatiana Stephan, which is basically a cage with three twigs as legs, poetically conjuring the image of a winter star caught in a forest trap.

The exhibition took place in December to coincide with the return of many Lebanese expats in town for the holidays. That said, House of Today is also building its reputation within the region and internationally; according to Magrabi, Jungle Protocol welcomed collectors from Jordan, Dubai, America, the UK, Italy and beyond. This is certainly linked to the increased that attention collectible design has received over the last few years, but most importantly, with the particular aura of desirability that surrounds Lebanese design. “It’s a clichéd thing to say”, Magrabi admits, “but Beirut is a melting pot of cultures, religions, nationalities, the population is ever changing and shaping, so the influences are vast. We are optimistic people, there’s an energy here and it shines through in the work you see”. While it certainly will be a surprise if this exhibition doesn’t travel beyond Lebanon in the coming months, one thing is for sure: Jungle Protocol has affirmed Lebanon’s well-deserved position on the global design map.