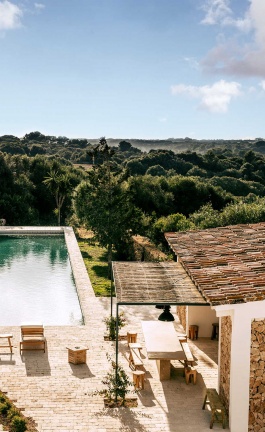 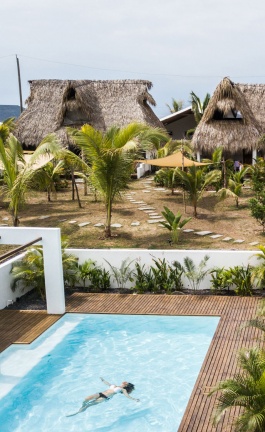 French artist and designer Laurent Minguet is a man of many talents. A street furniture designer by profession—and quite successful at that considering his designs adorn many a European city, including Paris’ La Defense and OECD Gardens and Lisbon’s Parque das Nações—Minguet is also a self-taught hyperrealist painter. His extraordinary talent for detailed brushwork, which he perfected as a teenager painting vintage car models on canvas, is showcased in his latest series, "Wood_City", a collection of urban landscapes painted on untreated cherry wood, walnut or oak panels. Superimposed over the natural veining of the wooden substrate, the monochromatic urban vistas Minguet painstakingly paints in excruciating detail take on a sublime, otherworldly sensibility which is further enhanced by semi-transparent splashes of pure colour that boldly punctuate the hardboard canvases.

No doubt propelled by his occupation as a street furniture designer, Minguet’s interest in capturing urban landscapes arose in the middle of the 1990s as he was traveling around the world. Entranced by the accelerating urbanization across the globe, and inspired by the growing metropolises that he visited, he started painting hyperrealist urban settings, first on canvas and then, from 2014 onwards, on wood.

Minguet’s "Wood_City" series is based on more recent trips, from New York, Los Angeles and Miami, to Paris, Tokyo and Sydney, where he spent a considerable amount of time scouting for locations and getting the angle just right. Back at this studio in Toulouse, France, the iconic landmarks and characteristic views he captured were then painstakingly transformed into paintings.

Minguet is just as selective when it comes to choosing the cherry wood, walnut or oak hardboards he uses for each painting; the veining formations in particular are an integral part of the finished work as they are artfully fused with the metropolitan scenes painted on top. Artfully interweaved, the organic contours of the wooden panel and the superimposed urban perspectives create a new kind of landscape, one that is both figurative and oneiric.

Despite their contemporary settings, the paintings appear like vintage snapshots, not least because of Minguet’s exclusive use of black acrylic but also because the wood veining imbues the images with a worn-out sheen. The use of wood panels, which was the common support for paintings before canvas became popular in the 16th century, further underscores the work’s nostalgic aura, while the translucent splashes or blocks of colour that the artist eclectically superimposes undermine the scene’s realism. By intricately superimposing such layers of contradictions, fusing the figurative and the abstract, the modern and the antiquated, the monochromatic and the colourful, and the real and the dreamlike, Minguet evocatively captures the confounding dissonance of the modern metropolis, inviting viewers to explore their own relationship with the urban environment.