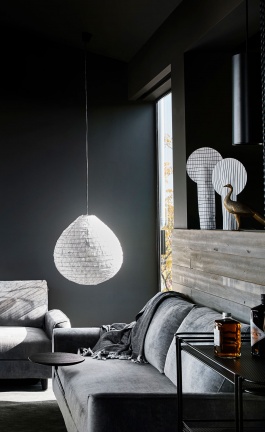 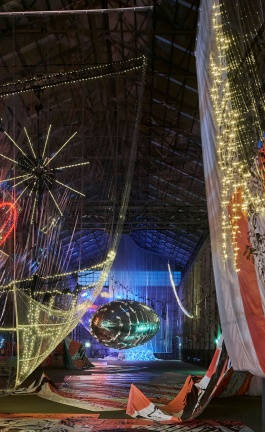 Located in Marbella in the south of Spain, Leña is a new steakhouse by acclaimed Andalusian Chef Dani García whose smoked and charcoal grilled dishes are subtly reflected in the restaurant’s primal aesthetic of wood, stone and fire. Designed by Barcelona-based interior design practice Astet Studio, no strangers to García’s visionary cuisine, having already completed the Chef’s seafood eatery Lobito del Mar in Malaga, Leña eschews the traditional grill house typology, opting instead for a polished elegant design that nevertheless conveys the primitive cooking techniques at the heart of the restaurant’s culinary experience, which in the Chef’s own words is all “about stepping into the world of charcoal grilling”. Embracing a design language of organic forms, underpinned by an earthy palette of dark colours and natural textures, the designers have conjured the primitive experience of cooking meat on a fire pit without abandoning their hallmark sense of contemporary sophistication.

Entering through a compact lobby, the restaurant’s open-plan dining room welcomes guests into a dimly lit, richly layered and lushly textured space. Earthy textures and raw materials predominate, as does a mainly black colour palette inspired by Yakisugi, a Japanese wood preservation process involving slightly charring the surface of the wood, which references the Japanese grilling techniques that García has picked up on during his travels and incorporated into Leña’s menu along with other international grilling and smoking traditions.

Suspended from the ceiling, sinuous timber fins made from stained ash resemble tree ring-like formations that softly glow thanks to concealed lighting. The ceiling’s organic forms are echoed in the sculptural seating booths which feature serpentine banquette seating in black and brown leather and bespoke armchairs by Astet in amber and orange tones. In combination with the black granite flooring, which is alternated with Nero Marquina marble, and black terrazzo with brown and ochre accents, the overall colour scheme evokes charcoal embers, as do large panels of backlit Brazilian stone, while an extensive display of refrigerated charcuterie has been conceived almost conveying a painterly still life.

The restaurant’s primitive aesthetic is enhanced by chunks of rock that separate the dining area from the open kitchen, exotic vegetation and a five-metre tree trunk turned bar counter. Sliced horizontally by linear mirror stripes, topped by a black tropical stone counter, and crowned by a suspended brass canopy that also functions as a pendant light,this is no ordinary tree trunk, but rather an exquisite piece of design that attests to the designers’ keen eye for detailing, passion for finesse and talent for balancing simplicity with opulence.

What’s so ultimately fascinating about Astet’s design ethos is that every space, no matter its function, is an opportunity to unfold their creativity. Case in point, the lavatories, an elongated vaulted space that dazzles guests with gleaming reflections thanks to the corrugated brass surfaces and pivoting mirrors. Standing out amid the polished, brass-clad interior is a rough-hewn block of rock that contains a terrazzo-lined sink, but the surprises don’t end there - seamless cabin doors lead to the much darker toilet cubicles whose industrial aesthetic and framed photographs of cattle circle back to the steakhouse’s raison d'être.