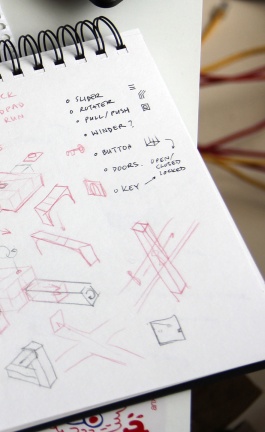 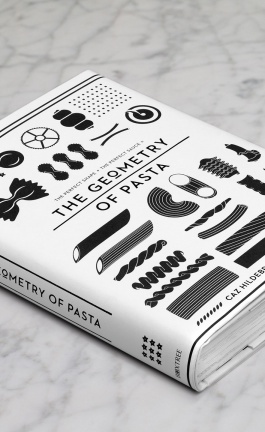 The Geometry of Pasta

Although rumour has it that Los Angeles is all about healthy eating, surfing and sun salutations; this isn’t at all the case for the Koreatown district. Situated directly in the centre of the metropolis’ multi-ethnic mixing bowl, Koreatown, a hip, up and coming destination in The City of Angels is almost like an entirely different city unto itself, bursting with energy 24-7 with its almost impenetrable density of restaurants, markets, strip malls, night clubs, cocktail bars and residences.

Conceived as a starting point for urban explorers and comfort zone for stressed out city dwellers, The Line Hotel, a full on luxury boutique hotel by the Sydell Group, opened in January 2014 inside a former mid-century hotel on the same site. Located alongside the area’s famous 1940-prebrick colonial revival buildings, it provides an oasis of raw luxury and design right in the middle of L.A.’s never ending urban sprawl. Displaying full sensitivity to its exciting location, designer Sean Knibb has achieved much much more than merely refurbishing and restyling this former middle range hotel dating from the 60s.

The undervalued and its place in an urban environment is a central tenet throughout the hotel’s public spaces and 388 rooms. Based on unpretentious everyday materials such as canvas, raw concrete and wood, the quotidian is cleverly raised to a new level where everyday objects are given a new level of attention whilst the surrounding neighbourhood is paid due homage to through ethnic references. Design - highlights feature repurposed items from 99 cent shops, transformed into design objects seen for example in the chandelier made of plastic balls and the classic design chairs upholstered with colourful Mexican blankets.

That said, The Line Hotel is not only about its design choices that juxtapose luxury with the everyday, as it ticks all the right boxes also through its numerous dining options.

Amongst others, the main restaurant, POT, is an elegant seduction in Korean-American cuisine with master of fusion cooking Roy Choi, famous for his Korean tacos at the helm. The hotel’s holistic approach is further seen through the exclusive Poketo concept store selling all sorts of odd but beautiful items and a greenhouse-themed restaurant focused on home-grown fruits and vegetables encapsulating the city’s current urban farming vibe.

Real and raw due its concrete interior, The Line’s sense of understated luxury and sudden and charming splendor have definitely placed it on the map.