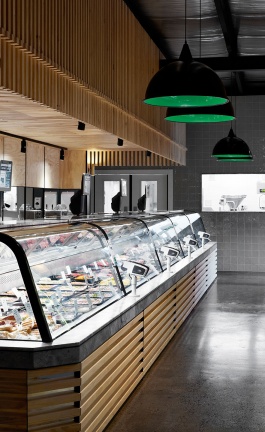 French electro band KCPK has just released its first EP, and the video that has been released along with it has swept us off our feet. Directed by fellow Frenchman photographer and filmmaker Mathieu Cesar, the video for the album’s title track ‘Better Love’ is a dreamlike black-and-white fashion fantasy that takes place in a matriarchal world.

Both enigmatic and alluring, the video was shot in Los Angeles, with one scene taking place at the famous Ennis House, a villa designed by no other than Frank Lloyd Wright and known for its intricate geometrically carved tiles. (If this looks familiar, it is probably because you have seen it in Ridley Scott’s ‘Blade Runner’ or David Lynch’s ‘Twin Peaks’). As we mentioned above, the video which was produced by Iconoclast USA, features some seriously show-stopping fashion, including several eye-catching headpieces by London-based designer Dinu Bodiciu.

No stranger to the fashion world, 26-year-old Mathieu Cesar has established the black and white imagery seen in the ‘Better Love’ video as his signature style, and is currently a much sought-after photographer for fashion editorials and portraiture. His portfolio includes portraits of international stars of the likes of Daft Punk, Milla Jovovich and Lana del Rey, as well as collaborations with prestigious brands such as Louis Vuitton, Saint Laurent, Chanel and others.