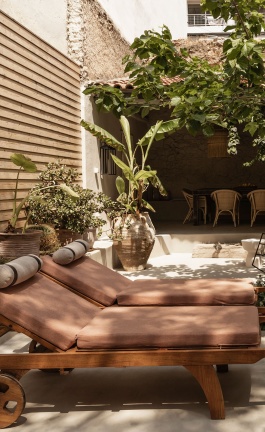 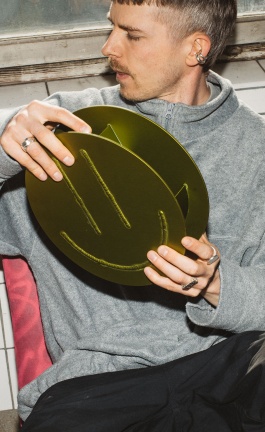 For over three decades, Chicago-based artist Nick Cave has been creating vibrant works of art focused on community building so it’s only fair that his first ever career-spanning retrospective be held in his hometown. Titled “Forothermore”, the exhibition is being presented in the Museum of Contemporary Art Chicago (MCA) and includes immersive installations, textural sculptures, impeccably crafted fashions and dynamic videos that document Cave’s multidisciplinary artistic practice, his talent for turning discarded materials into phantasmagoric spectacles and his relentless dedication to addressing pressing societal issues related to race, gender, sexuality and class.

Running until October 2, when it will travel to the Guggenheim Museum in New York City for an exhibition opening on November 18, the kaleidoscopic retrospective traces artistic themes and evolving interests across Cave’s career, from as early as 1989 up to today. At its heart though, “Forothermore” is an elegy to the victims of racial injustice – those who remain in our thoughts “forevermore”, wherefrom the exhibition’s title is derived – albeit an exuberant, colourful and boisterous elegy that reflects the artist’s enduring optimism in the face of the stark realities that he explores.

Cave came to prominence in the early 1990s with his acclaimed Soundsuits series: noise-making, wearable sculptures constructed from an assortment of discarded materials ranging from beads, pearls, feathers, sequins, synthetic fur and dyed human hair, to twigs, ceramic flowers, porcelain birds, crocheted blankets, voodoo dolls, animal figurines and toys. Drawing inspiration from African art traditions, ceremonial dresses, armor and haute-couture fashion, the surreally majestic costumes camouflage the wearer’s shape, serving as an otherworldly second skin that obscures race, gender and class, and allows viewers to look without bias towards the wearer’s identity. Cave regularly performs in the head-to-toe costumes himself, dancing either before the public or for the camera, as well as works with choreographers, dancers and amateur performers to produce lavish community celebrations.

Originally created in response to the Rodney King beating in the hands of the Los Angeles police in 1992, the ongoing series now numbers more than 500 pieces, a dozen of which are on display at MCA, including “Soundsuits 9:29” (2021-2022), which was created in response to the death of George Floyd (9:29 refers to the exact time former Minneapolis Police officer Derek Chauvin knelt on Floyd). Notwithstanding their wondrous, over-the-top, utopian sensibility, the thirty-year-long series makes for a sombre indictment of America’s ongoing, decades-long fight against racial injustice.

The creative re-use of discarded materials is at the heart of Cave’s artistic practice as numerous pieces throughout the exhibition attest, from the Rescue series (2013-2021) of vintage settees and stools crowned by an “overgrowth” of metal flowers, ceramic birds and light fixtures, to his recent series of carved and cast bronze hands, heads and limbs elaborately decorated with flowers, candles and found objects such as used shotgun shells. Sourced from second-hand stores or flea markets, which the artist regularly visits both in Chicago and any city he happens to visit, the diverse objects that Cave collects hold nostalgic or historical meaning or simply excite his imagination.

Exhibition highlights include “Beaded Cliff Wall” (2016), a massive wall covering made of millions of pony beads threaded onto shoelaces, then tied together in a grid formation by hand, and “Hy-Dyve” (2016), an immersive 14-channel, room-sized video installation that envelopes visitors with projections of flowing water, blinking eyes and mysterious creatures and patterns. As the exhibition’s curator Naomi Beckwith points out, “Nick is an artist who allows all his audiences to celebrate, mourn, and learn with and from each other; a kind of social healing that is so necessary as the world contends with continued physical and political isolation”.

Nick is an artist who allows all his audiences to celebrate, mourn, and learn with and from each other; a kind of social healing that is so necessary as the world contends with continued physical and political isolation.

Undoubtedly, the exhibition’s most visually striking installation is “Spinner Forest” (2020), a dense forest of thousands of twirling metallic ornaments. Inspired by the wind spinners that hang over porches and yards throughout the American Midwest, Cave’s bespoke mobiles incorporate a range of pictograms including handguns, bullets, tears, smiley faces and peace signs that purposefully subvert the installation’s overall playful and carefree sensibility asking questions such as “Is there racism in heaven?” Originally displayed at Mass MoCA in 2016, the installation was conceived in response to the 2014 killing of Michael Brown Jr., in Ferguson, Missouri – Cave was born in Missouri – with the aim of initiating a dialogue about violence and systemic injustice that takes into account imaginative solutions. Just like the ongoing Soundsuits series, “Spinner Forest” provides a sobering recognition that not much has changed when it comes to social and racial justice in America but at the same time serves, in Beckwith’s words, as “a portal through which to instantiate a different, more utopic future”.