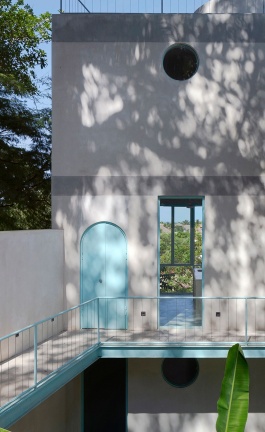 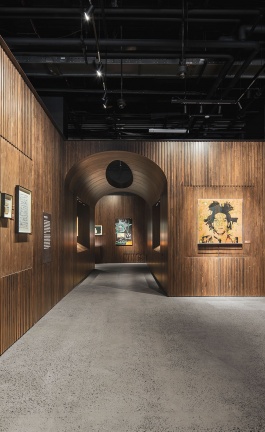 Scale Forest Atelier Offers a Fresh Perspective on Retirement Living with a G...

One Room One Garden

There is a misconception that retirement means moving to a suburban area away from the hustle and bustle of urban centres but in fact more and more people who are about to retire chose to move back to the city, eager to enjoy all of the perks of city life. This global trend raises a question for architects and interior designers: how do you approach the design of urban dwellings when it comes to retirees whose lifestyle is markedly different from that of single professionals and families? Commissioned by a couple about to retire to renovate an apartment in Nanjing, China, newly fledged Shanghai-based Scale Forest Atelier offers a fresh perspective on retirement urban living by designing a space that reflects the couple’s living habits and emotional needs. Modelled on a Chinese garden, the property was transformed from a typical three-bedroom apartment into an open-plan, multifunctional space comprising a series of functions, from a “play yard” and planting area, to a book alley and reading room, which revolve around the dinner table, the dwelling’s spatial, social and spiritual core.

Originally a warren of separate rooms connected by a linear corridor, the revamped apartment features an open-plan living area based on a looped circulation path. Conceived as a stroll in the garden, this configuration allowed the designers to create unique areas in line with the owners’ habits and interests while imbuing the space with a sense of spaciousness and lightness. A series of framed views across the apartment and out towards the city – located in a high-rise development, the property is blessed with panoramic views of the Qinhuai River, TV tower and historic City Wall – further enhance these qualities and reinforce the concept of “one room, one garden”, wherefrom the project takes its name. Occupying two former bedrooms, the sleeping quarters can be conveniently separated from the rest of the space by sliding panels, as does a study area that can also function as a guest room.

Upon entering the apartment you step into the “front yard”, a flexible space where you can exercise, practice yoga, play somatosensory games, do some gardening or just sit to chat and watch television. Landscape elements such as terraces, stones, fences and pergolas have been reimagined as minimalist interior elements like the stepped floor design and the bespoke modular furniture that can be arranged to serve different scenarios. Case in point, the cold-bend veneer backrests that Scale Forest Atelier designed: lightweight and sturdy, they can be easily moved around so you can sit or recline on the sofas or floor.

Moving further inside the apartment, a timber clad passageway on the one side leads to the “reading alley”, an intimate space housing the owners’ book collection, and then to a study which doubles as a relaxation room complete with wide views of the city and river and a secret foot bath, while a kitchen area on the other side leads to a pantry and guest bathroom which loops back to the “reading alley”. At the centre is the built-in dining table which the team designed as part of an undulating wooden structure that includes kitchen cupboards and other storage spaces. Featuring a stainless-steel top, it stands out against the surrounding wooden surfaces in line with its role as the apartment’s physical and social focal point.

Minimalist in aesthetic yet charming in ambience, the interiors are bright and airy with a muted palette of white and light grey in the “front yard” and kitchen areas juxtaposed with the timber-clad sleeping quarters and more intimate “reading alley” and study, parts of which were built using the apartment’s original African Okan wood flooring. Having seen their fair share of wear and tear after 20 years of use, the floorboards were sanded, polished and waxed and used for the passageway ceiling, the guest bathroom flooring, and the frame of the master bedroom’s internal window which allows natural light into the windowless “reading alley”. The latter is part of a long list of simple yet unexpected gestures – including the stunning views of the city from the showers, sliding doors that completely disappear into the walls and the hidden footbath under the sitting deck in the study – that attest to the designers’ attention to detail as well as the human-centric approach to design.