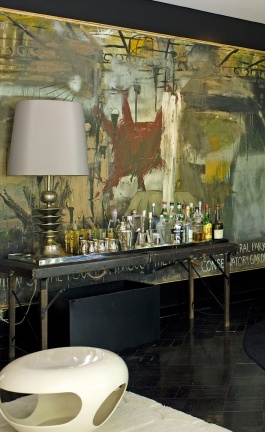 The Chamber of Curiosity: Apartment Design and the New Elegance 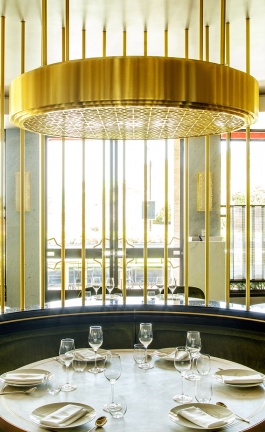 The Past and Present of Mercedes Benz Racing Cars in One Monumental Sculpture...

Between 26-29 June 2014, the annual Goodwood Festival of Speed - the annual car-racing event which attracts approximately 150,000 visitors each year, dating back to 1993 - took place on the grounds of Goodwood House in West Sussex, UK. Since 1997, the festival has commissioned British sculptor and designer Gerry Judah to design a sculptural centrepiece of monumental proportions for the festival featuring real cars, erected on the front lawn of Goodwood House. This year, with  Mercedes Benz in the festival’s spotlight and Judah’s sculpture pays tribute to the brand’s history by incorporating two iconic Mercedes Benz racing cars, or Silver Arrows as they are called: the car with which Lewis Hamilton won the Hungarian Grand Prix last year, and a model of the very first Silver Arrow that was made in 1934.

The two automobiles were placed on a breathtaking 90-metre-long arch suspended over the 18th-century Goodwood House, in what is considered to have been the most architecturally challenging and spectacular installation ever seen at the Goodwood Festival of Speed. The sculpture created the impression that the two cars were about to collide into one another, thus poetically capturing an imaginary moment where the contemporary Formula 1 car crosses paths (perhaps somewhere on the highways of Time) with its 1930’s predecessor. The elaborate fabrication and installation of the 160-tonne steel sculpture was undertaken by Littlehampton Welding, whilst the project’s engineering was completed by CAPITA.

{YatzerTip} With Gerry Judah’s sculpture for Mercedes Benz definitely taking our breath away, the one he designed for Porsche last year was no less remarkable either! You can check it out here.