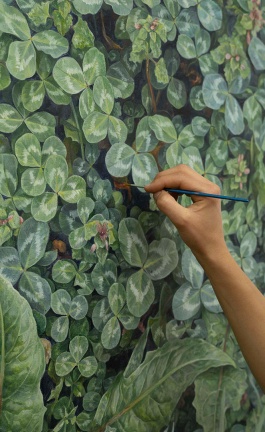 Commissioned to renovate the iconic street-level bar of The Prince Hotel in St Kilda, Melbourne’s storied beachside suburb, local architecture and interior design practice IF Architecture had to grapple with both the hotel’s Art Deco heritage as well as its beloved status - built in 1936, the hotel has been a cornerstone of St Kilda’s social life as well as the city’s first LGBTQ-friendly venue. Underpinned by openness and lightness, the revamped Prince Public Bar and adjacent Little Prince Wine—a former retail space and storage room reimagined as a chic wine bar, delicatessen and wine store—espouse a thoroughly modern aesthetic that highlights rather than sidelines the building’s architectural heritage, thereby restoring the hotel’s former glory whilst inaugurating a new chapter in its storied history.

The Prince Hotel has been a St Kilda mainstay since the mid-1800s when it opened as a modest guest house. Rebuilt in 1937 by architect Robert H. McIntyre, The Prince of Wales, as the hotel was originally known, instantly became a local landmark, courtesy of its Art Deco splendour, gradually staking a claim in the community’s heart as a multi-purpose venue, known for its easy-going public bar, which was the first in Melbourne to welcome a gay clientele, its band room - one of the city’s best loved live music venues inaugurated in the 1970’s and still going strong - and Circa, an award-winning fine dining restaurant that has been recently reborn as the more relaxed Prince Dining Room. Revitalized in 1996 by architect Alan Powell, the hotel has never stopped evolving in tandem with St Kilda’s vibrant spirit, with the revamped Prince Public Bar and Little Prince Wine being the latest examples.

Led by the IF Architecture’s principal Iva Foschia, the bar’s renovation tiptoes a fine line between introducing a contemporary sensibility and showcasing the hotel’s Art Deco heritage that the passage of time and previous refurbishments hadn’t been kind to. Numerous elements that had been either removed or concealed were restored: several windows in the front façade have been turned into sleek glass doors, while the former palette of dark timber has been replaced with white and oak joinery to create a brighter, more convivial environment in line with the venue’s extended opening hours – along with a diverse range of brews on tap, classic cocktails and a largely Australian wine list, the bar now also serves breakfast, lunch and dinner.

A key component of the redesign was the adoption of an open and approachable configuration. Previously sectioned off into a band room and bar area, the now unified central space is centred around a grand horseshoe-shaped bar counter that echoes the decorative forms of the restored plaster ceiling. Mirroring the counter’s shape, a hanging bottle shelf is wrapped in iridescent dichroic glass as a nod to the venue’s gay history, as is the rainbow-zinc detailing that also features on numerous bespoke tables. An adjacent bistro-style dining zone was made possible by the relocation of a block of toilets to the rear of the building, while a rediscovered stairwell reconnects the bar to the building’s main foyer after several decades of disuse.

Next door, the brand-new Little Prince Wine carries on the seamless integration of modern accents with heritage elements. Exposed brick ceilings and chipped concrete beams are paired with clean-cut timber wall panelling, dark green ceramic wall tiles and bespoke furnishings such as minimalist banquette seating, zinc and timber communal tables, and a sculptural stone basin that greets guests as they step inside. Boasting a 4,000-strong collection of rare and unusual local and international wines, the store also offers a selection of gourmet groceries, cheese, charcuterie and chef-prepared take-home meals, while also doubling as a casual eatery with an impressive underground cellar available for private dinners and VIP events. New windows providing views of Fitzroy Street and Price Public Bar next door rounds up the architects’ incisive interventions, subtly “hinting at something beyond” as the architects say