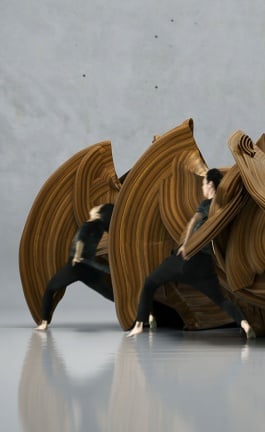 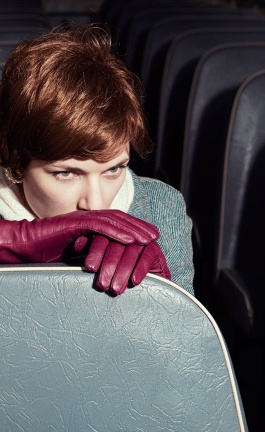 Founded in 1820 in the Marais in Paris, Puiforcat is one of the world’s most respected silverware manufacturers that bring sophisticated artisanship, tradition and cutting-edge design together under the same roof. Over its nearly 200-year history, Puiforcat has evolved from a family-owned cutlery workshop into a leading haute orfèvrerie house that has been keeping pace with the design and art language of its time: from gold-plated replicas of lavish Rococo chalices to restrained Art Deco sterling silver tea sets, Puiforcat creates objects that often blur the lines between functionality and art. That, in turn, makes it the safekeeper of a time-honoured smithing tradition and precious know-how, to which it ceaselessly contributes with new knowledge by means of collaborations with innovative, present-day designers of the likes of Patric Jouin, Gabriele Pezzini, Aldo Bakker and Michael Anastassiades.

The two main pillars of Puiforcat’s heritage are its collections based on 17th and 18th century replicas, and its archive of streamlined designs from the Art Deco era. The first come from the collection of Louis Puiforcat, the second-generation director of the house; when he took over the company in 1902, Louis Puiforcat asked his artisans to create replicas of the items in his collection, which included chalices, trays, tureens and other ornate objects and is now housed at the Louvre in Paris. These little masterpieces of silverwork are still much sought-after and have become a signature for the house —so much so, that the Puiforcat logo is in fact a 17th-century golden goblet, once owned by Anne of Austria, the mother of Louis XIV. In a much different style and inspired by the restrained simplicity of the Art Deco movement, are the various designs by Jean Puiforcat, a master silversmith and the fourth-generation director of the house. With his unorthodox designs and his use of semi-precious stones, wood and other materials, Jean Puiforcat pushed silversmithing to new extremes and steered the house into a new era, where cutting-edge design of that time and exotic materials met the traditional formal language of silverwork.

In 1993 Puiforcat joined the Hermès Group, which led to moving its workshops to Pantin, on the outskirts of Paris. All Puiforcat items are made in these workshops by a team of specialised craftsmen, some of whom have received prestigious awards for their exceptional skill and fine work. Each item from Puiforcat’s inventory of over 1000 designs is made using a process that follows specific steps. Firstly, the metal needs to be spread into a thin plate which will then be transformed into a tray or bowl or other object —a process known as planishing, and which involves using a large suspended hammer and a whole set of different sized mallets (there are in fact around 300 different mallets for the planisher to choose from). If a cup or other vessel is being made, the flat sheet of metal will then be spun into shape, using a spinning lathe and a special tool called a “spoon”.

Once the piece has acquired its basic shape, the master silversmith will pick it up and work his magic, adding different decorative and functional elements onto the object, such as handles, feet, spouts and other embellishments, using the brazing technique. Once all the elements of the piece are in place, it will be smoothed out carefully using a file and be sent to the engraver’s workshop. With his fine needle, the engraver will meticulously carve minuscule patterns and decoration into the metal, like a different kind of calligraphy. These decorations can also be added using a different technique called chasing, where the various patterns are embossed in the metal instead of carved. After many hours of careful decoration, the piece arrives at the buffing and polishing station, where even the minutest irregularities on the metal are removed and the piece acquires its “mirror finish” and exceptional silvery shine.

Collaboration by collaboration, Puiforcat has developed and refined the “art of living” —also seen in its latest collection where it has pushed the boundaries of materials, technique and design to new extremes. For the first time, Puiforcat has created a set of glass objects, namely a sophisticated set of wine glasses and related accessories called the “Sommelier” collection, developed by Lombard Enrico Bernanrdo, the 2004 World’s Best Sommelier and owner of Parisian restaurant IL VINO, in partnership with Cyprus-born, London-based designer Michael Anastassiades (whose designs have entered the collections of the MoMa in New York and the V&A Museum in London). Together with Puiforcat’s master silversmith, the two experts merged the experiential aspect of using a glass with efficiency, functionality and a striking new formal concept.

Eschewing its traditional stem and spherical bottom, each glass bowl in the Sommelier Collection has a conical base and simply rests inside a silver base which came about as a solution to the impossible challenge of bringing together metal, glass and wine, since these three elements don’t pair up easily. The feathery lightness of the glass strikes a stark contrast to the heaviness of its base, whilst acting as an anchor on the table for the glass. In a similar way, a serving carafe, ice buckets and bottle coaster serenely occupy their space on the table, casting patterns of light as their crystallite components hover back and forth from their anchors to the taster’s lips, thereby providing a new visual and physical interaction, while adding a new layer to the tasting experience.

Featuring a pouring cradle, a sommelier wine bucket, a carafe and, of course, a glass for each type of wine as well as for liqueurs and water, the new Puiforcat Sommelier collection offers a whole new dimension to the tasting experience, both for those who partake of the wine and those who serve it. Video © Puiforcat.