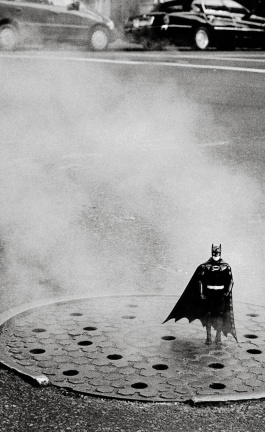 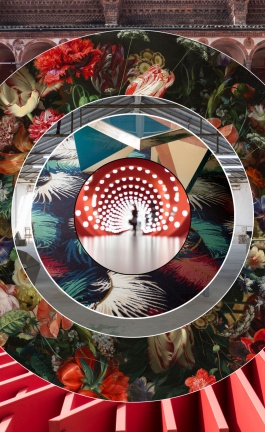 Design studio SIDES CORE has recently completed this minimal hair salon in their hometown of Osaka, Japan. Created for the designers’ dear friend who decided to venture out and open his own business, RE-EDIT is a daringly minimal yet eye-catching salon situated on a street corner, lined with large windows all across its facade. In order to soften the interior’s relationship with the busy street outside, very thin curtains were hung along the windows, thereby creating a soft, otherworldly light during daytime. The completely white space is accentuated with bright hooks of yellow and red from which the mirrors and shelves hang freely, thus allowing it to be rearranged easily. According to the designers, the salon’s name alludes to working on something that already exists in order to ‘‘bring out and preserve’’ its value, and was envisioned as a space where guests can ‘‘refresh their heart and mind.’’ Quite efficiently, the characteristic curve of the salon’s mirrors was used also for the salon’s graphic identity and signage, thus becoming its trademark.