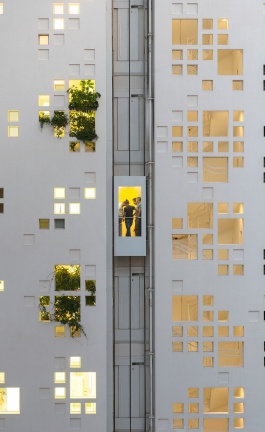 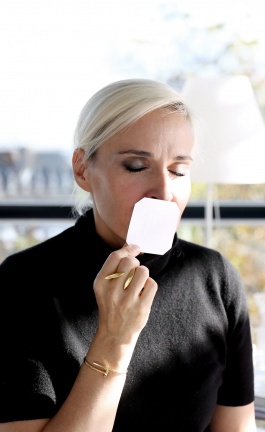 A Feast for the Senses: Tasting Perfume, Viewing Scents and Inhaling Love with Cartier’s, Mathilde Laurent

At 108 Strandgade, next to Copenhagen’s new bicycle bridge, René Redzepi has created another restaurant that is sure to become a f(l)avoured destination. Simply named 108, the restaurant is a culinary spin-off of Redzepi’s acclaimed NOMA, which has dominated the global restaurant rankings for many years.

On the one hand, the differences between NOMA and its sibling are enough to be refreshing. On the other, 108 surprises almost exactly as much as is needed to avoid disrupting the comfort that its lineage inspires. One of the legacy features of 108 is its chef, Kristian Baumann (Redzepi is not cooking at 108, but the talented, bespectacled NOMA alumnus is). The menu refers to NOMA’s ingenuity and confidence but it is designed to stress its playfulness more. Restaurant 108 is meant to overall feel younger. Almost casual.

The challenge has been to evoke NOMA without letting it overshadow the new venture, and to shake up the almost reverence that has come to be associated with a reservation there, without disputing the respect that Redzepi’s iconic establishment has earned which Baumann and his menu have accomplished. But even before looking at or tasting the menu, the space itself designed by SPACE Copenhagen, founded by Signe Bindslev Henriksen and Peter Bundgaard Rutzou -also responsible for René Redzepi’s NOMA- has also evidently accomplished just that.

The design studio has highlighted the building’s former use as an industrial warehouse, offering accents of colour used with profound precision, to offset the lingering emptiness with inviting warmth. Meanwhile, the neon blue sign on the restaurant’s wall keeps a misguiding distance from the bursts of green and red in its interior, tempering the muted simplicity of concrete and dark metals.

... a predominantly Scandinavian style of design, one that finds comfort in reductionism, and at the same time one that seeks to entertain it.

All the furniture, also designed by SPACE Copenhagen, orchestrates diners into a casual flow that takes its cues from the communal tables with their long benches, the curved details found on the barstools, and the tables that set up little islands within the space (for the 80 diners that Restaurant 108 can accommodate). It is a predominantly Scandinavian style of design, one that finds comfort in reductionism, and at the same time one that seeks to entertain it.