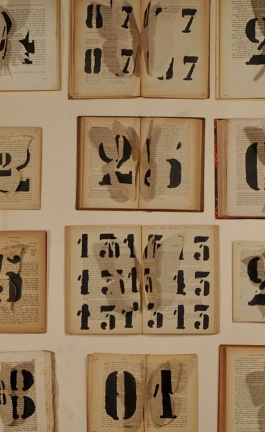 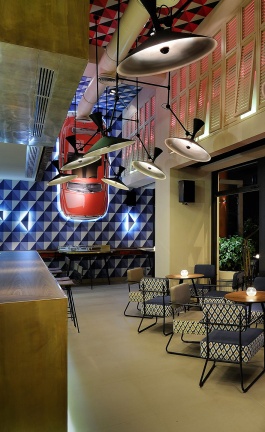 Italian-born, New York-based acclaimed artist Rudolf Stingel has been a part of most of the exhibitions that have taken place since the opening of Palazzo Grassi in 2005 when one of the leading collectors of contemporary art in the world, French entrepreneur François Pinault acquired the Venetian property in order to host his personal art collection. However, for the first time, François Pinault has decided to devote the entirety of its space to the work of a single artist who devised, in absolute freedom, an exhibition which spreads over all the rooms of the 5,000 square metre building, where a carpet with oriental patterns covers the entire surface of the walls and floors. This is Rudolf Stingel’s largest ever monographic presentation in Europe and his first solo exhibition in an Italian museum since his mid-career retrospective at MART in 2001.

For the artist, the carpet is a medium through which painting relates to its architectural context. With his interest in the redefinition of the meaning of ''painting'' and its perception, Stingel places the ''carpet'' at the core of his poetics. It bears witness to the passage of time and people and is also a source of inspiration, with its variety of typologies and textures that make for a successive series of paintings.

''The wall-to-wall carpet, which Stingel has used since the early nineties as an autonomous pictorial element, enters again the rooms of the Venetian house. This time, the Oriental pattern of the carpet not only invades the floors but the walls as well in a continuity that overthrows the ordinary spatial relationships between the spectator and the painting. ''

The first floor hosts a group of abstract paintings, some of which were created in the Merano and New York studios specifically for this project, offers an interpretation of the historical, architectural and artistic context of Venice. The pattern of the carpet, while bringing to mind the city’s past, merges with a unique environment, the image of Sigmund Freud’s study in Vienna, characterized by different oriental carpets laid on floors, walls, sofa and table. The reference to Middle-European culture, significant in Stingel’s training, is also a tribute to his friend Franz West, whose magnificent portrait features in this show.  In this sense, the exhibition becomes an inner journey, which starts from the glow of the silver of the abstract paintings on the first floor, and continues with the black and white ''portraits of sculptures'' on the second floor. Centered on the relationship between abstraction and figuration, the exhibition displays the constant fluidity between these two polarities, and how they characterize the artist’s poetics. It also invites visitors to ponder the idea of the ''portrait'' itself and the concept of '''appropriation'' of images. The upper floor hosts a selection of paintings that represent religious wooden antic sculptures, created using the painting technique from photo-realism, inspired by black and white photographs and illustrations.

Conceived by the artist with Elena Geuna’s valuable and meticulous collaboration, the ''Rudolf Stingel'' exhibition presents over thirty paintings from international collections, including those of the artist himself as well as pieces fromFrançois Pinault's collection. The ''Rudolf Stingel'' exhibition at Palazzo Grassi will remain open till the 31st of December 2013, which coincides with the 55th Venice Biennale (1 June - 24 November 2013) and the exhibition ''Prima materia'', curated by Caroline Bourgeois and Michael Govan which takes place at Punta della Doganafrom 30 May 2013 to 31 December 2014.