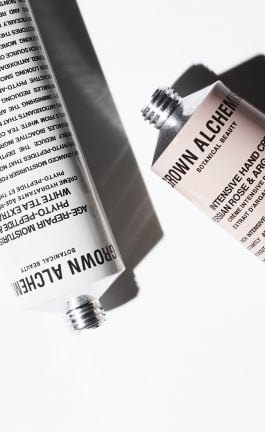 Clean Beauty at its Finest: A Conversation with Grown Alchemist Co-founder Jeremy Muijs 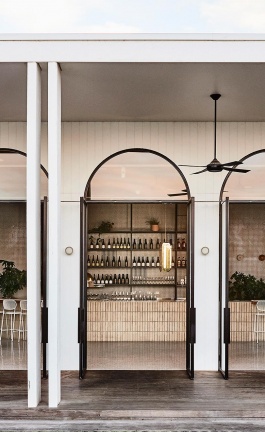 The Chinese metropolis of Chengdu in Sichuan province is a long way from York in northern England, but both cities share a reputation for their respective culinary scenes; whereas the former is world famous for its Sichuan cuisine, Yorkshire excels in Britain’s most characteristic dish, fish and chips. The new Chinese outpost of York-based fish and chips eatery Scotts spices up Sino-British relations by adding a distinctive British flavour to Chengdu’s rich culinary scene both literarily and conceptually: designed by London and Hong Kong-based creative studio Unknown Works, the new chippy - as fish and chips restaurants are colloquially known in the UK - features an unfolding façade that replicates details from fish and chips shops from around the UK.

Chengdu is famous for its panda park and laidback teahouse culture, but the most satisfying delights can be found in the spicy dishes of its celebrated Szechuan cuisine, it was named UNESCO's first-ever City of Gastronomy in 2010 after all. So when Scotts’ owner decided to open a Chinese outpost after President Xi Jinping famously stopped by its Yorkshire establishment in 2015, Chengdu was the obvious choice. Located within Taikoo Li, an upmarket shopping district in the heart of the city, while Scotts occupies a prominent corner location,  dine-in guests and kitchen staff have only 33 square-metres to contend with. The combination of the venue’s spatial limitations in conjunction with its heightened visibility led the designers to come up with a playful solution that both extends the available space outside and makes the restaurant stand out among its neighbours.

At the centre of Unknown Works’ design is a multipurpose façade conceived as a series of doors that once opened are now transformed into dining stations. Made from fibreglass, whose alabaster white finish makes them jump out against the darker tones of the surrounding architecture, the façade’s door-panels are sculptural reliefs based on 3D scans of numerous fish and chip restaurants around the UK, including the original Scotts in Yorkshire.

Meticulous details and quaint features such as wall tiling and wainscoting, decorative trims, framed menus, salt shakers, fishy trinkets and even wallpaper textures, have been digitally captured and precisely replicated. The complexity of the one-metre wide by three-metres high panels, which required specialist contractors normally associated with the  fabrication of oversized mascots for Disneyland and film sets for Marvel, is balanced by the all-white finish which ties everything together despite the multiplicity of diverse references.

The monochromatic palette of the façade door-panels extends to the interior which is exclusively rendered in graphic square tiles, boldly enhancing the architecture’s sculptural sensibility and minimalist aesthetic. Despite appearances though the austere, white-canvas interior, a trove of hidden doors conceal plenty of storage spaces. Delineating the space, a zigzagging service counter allows customer to follow the preparation, cooking and packing process while its cubist simplicity doesn’t distract from the whimsical relief panels.

After hours, once the ornate door panels are shut, Scotts’ façade is transformed into a peculiar, full-height decorative frieze, whose jumbled British references form an abstract composition that doesn’t feel out of place in the context of the district’s shopping windows. In fact, being a product of blatant copying and imitation, the façade’s design seems to be reference not just the décor of the British chippies but also China’s notoriety as a producer of counterfeit goods. It’s a subtle gesture that nevertheless boldly initiates a discussion on the nature of cultural exchange.