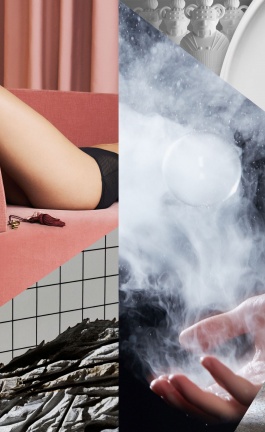 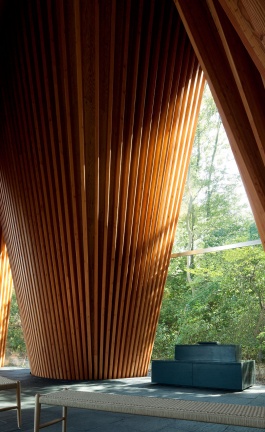 In collaboration with GSA ENSA Paris-Malaquais

As a small town of around 18,000 residents, Jericho is reportedly the oldest continuously-inhabited city in the world; the oldest settlements unearthed here are said to be 11,000 years old. El-Atlal, a new artistic residency project based in the town which was founded in 2015, seeks to bring artists and researchers from all around the world together for the purposes of visiting and working in the Palestinian town. Indeed, part of El-Atlal’s mission is to construct a new building to house its activities; for which the foundation has collaborated with Bethlehem-based architecture practice AAU Anastas, which came up with an impressive and deceivingly simple design for the new residency centre, inspired by the dunes and architectural tradition of Palestine entailing the construction of a series of six hollow vaults, which will be freestanding and made only of stone. For the purposes of this project, century-old local stone-cutting and masonry techniques will be combined with contemporary technology, while different methods and designs will be experimented with in order to develop a way for this structure to be built.

Freestanding stone domes can be seen everywhere in Palestine, the result of ancient know-how and, paradoxically, politics: when the Ottoman empire ordered that all buildings in Palestine be built using only stone, local artisans had to develop complex techniques of stereotomy (the art of cutting stone) and incorporate them into building arches, domes and walls that could support themselves without the use of wooden beams. Later on, the arrival of the Crusaders and other westerners infused local architecture with other types of architectural style and knowledge, as seen in the many Medieval buildings scattered across the region. In taking inspiration from these ancient structures to develop their own project, and in an attempt to revitalise a craft that seems to have been forgotten, the architects have this to say: “Palestine suffers from a misuse of stone as a structural material: while it was an abundant material used for structural purposes in the past, it is now used as a cladding material only and the know-how of stone building is disappearing.”

More recently, AAU Anastas has moved one step closer to making El-Atlal’s unique project a reality, by completing “Stonematters”, a prototype of a freestanding massive stone dome made of 300 uniquely-cut Injassa stone pieces in which the stones support each other to keep the structure in place, giving a sense of lightness and movement to an otherwise extremely heavy structure; a project that was developed by “Scales”, AAU Anastas’ research studio, in collaboration with the Laboratory Geometry-Structure- Architecture (GSA), a research unit of the National Graduate School of Architecture Paris-Malaquais. To construct the 7-meter-wide structure, the team had to calculate the unique shape of each and every stone separately, before cutting a formwork out of polystyrene that would keep the stones in place while building the dome. The 300 stones were then cut using a computer-controlled stone cutter, and were placed on the polystyrene mould to construct the dome. A small feat of local architecture and construction, Stonematters functions above all as a research project that helps understand traditional building techniques and local materials, as well as the connection between Palestine’s historical cities and its present-day urban areas.

Assembly of the polystyrene blocks. Photo by Mikaela Burstow.