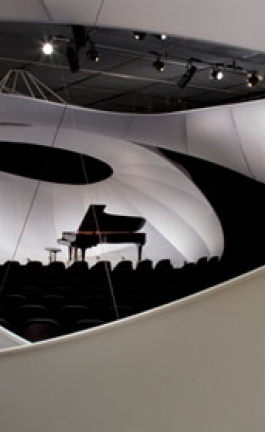 Zaha Hadid in the rhythm of J S Bach , updated 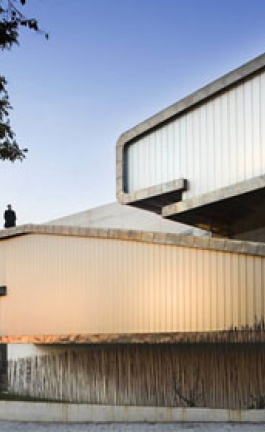 The Breeder in collaboration with Fizz Gallery present the first solo exhibition of street artist b. entitled "Missing Text". (18 June - 18 July 2009)
The concept of the exhibition is based on a book that the artist has made and is exhibited inside a wooden construction, a house, installed outside the gallery on Valaoritou street. "Missing Text" is according to the artist everything laying underneath the symbols and figures regularly depicted in his works and at the same time anything that cannot be written on walls.

b.'s yellow and black figures have taken over the urban landscape of the city of Athens. Mermaids, girls with anchor tattoos on their arms, colorful hamburgers and humanlike octopuses constitute the universe of b. and come to life on the walls and broken windows of abandoned houses.

The artist views the city as an open studio, as a big canvas without limits where his creatures are winking playfully to the viewers and challenge them to discover the b. world.

The exhibition "Missing Text" reveals the user's guide to the artist's own universe. The skilfully drawn book is the artistic manifesto of b. and acts as a time machine that travels the viewer to the yellow and black world of the artist. The ticket is a yellow metal key, hanging inside the gallery.The first room of the exhibition is taken over by seven symbolic figures (acrylic on rusted metal), which resemble b.'s army. Each one bears a symbol of b.‘s work such as a watering pot, an oil flag, a purse, a flower, a book or a fish.

Other works on canvas and wood are also exhibited and of course b.'s characteristic octopus and hamburger figures are also present, along with a series of nine portraits of yellow skin ladies each one of them with a different spectacular hat.

In a world where everything is fast, flashing before our eyes with the speed of light, in a city full of isolated individuals, tall buildings, and full of cars honking, corporate logos, religious symbols and team emblems, b. has succeeded in capturing our attention! We stop in front of his wall paintings, and throw a sweet smile at the girl with the yellow dress standing before us.

A few words about b. ///
b. was born in 1982 and has a degree in Architecture from the University of Volos. He has presented his work in group shows like "Anathena" at the DESTE Foundation, at the exhibition «What remains is future», in Patras – Cultural Capital of Europe, in the exhibition Labyrinths in Project 798 in Beijing and in many streets and buildings of Athens and other cities. b. has also designed a collection of wallpapers 39.22 for Carteco which was presented at the Milan 2009 Design Fair, and has currently presented a sequence of interventions in the Metropolis store on Panepistimiou Street in Athens.

Do you consider yourself a street artist or a graffiti artist? How did you start off, and what did you draw for the first time on the “plastered canvas”?
I started off doing graffiti and the term which best described me for many years was “graffitist,” within me over the years it evolved to graffiti artist and ended up to street artist. Personally, I don’t care about the titles, or if someone will consider me an artist or a graffitist. What I like is to create art in the city like I did the first time that I pressed the spay valve and did my first tag name in 1996 on a wall in Kypseli (neighborhood in Athens, Greece).

What are you trying to accomplish through street art? Is it a way for you to make art accessible towards all the social groups in this city?
Generally street art includes the relationship of the creator and the city; therefore as a result the artist and his work have a better approach towards what is happening in the city, the people, and the daily circumstances.

Why have you chosen yellow as the main color of your works?I have to admit that the first time that I saw a work of yours in this city which is full of energy but at the same time so “dull” the color was what drew my attention.
Surely the color choice of yellow has to do with the contrast that is created between the street art and the wall which is usually gray or brown, but I believe that it occurred from the signs in the city, the danger signs.

What would you say to someone who caught you in the act of painting on a wall, and this person does not agree with what you are doing?
I would try to explain that I am doing something creative and not trying to destroy something. Of course although it is a creative act it remains illegal; that is why I choose to draw on walls of abandoned buildings or party walls where there isn’t any use.

What made you bring street art to galleries, hotel walls, houses, and brand names such as Carteco and Metropolis stores?
My work acts as a parasite to the urban environment, whether it is in a public or private space, since it exists through an illegal circumstance. My interventions are symbolic and state the intrusion of the brand-virus which I create to the unified system.

What does your tag name b. mean? is it b or bee as the bees which we see in your street art?
B is the first letter of my tag name, and the bees which you see, they aren’t mine; it’s a clothing company named Bee Band, they are just black and yellow and people mistakenly believe that I’ve done them.