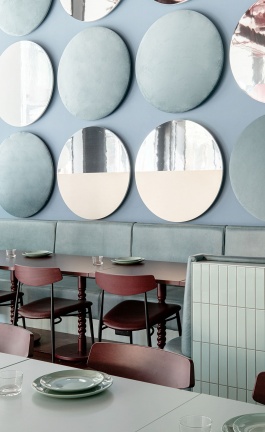 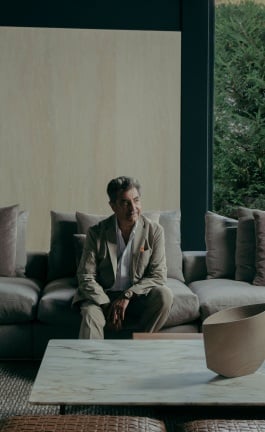 Housed in an ornate 19th century mansion in the heart of Porto, Portugal, Torel Palace Porto combines Romantic-era opulence, classical elegance and contemporary sophistication, courtesy of interior designer Isabel Sá Nogueira. Inaugurated a year ago, the boutique hotel is the third property from hospitality group Torel Boutiques in Porto after the opening of Torel Avantgarde in 2017 and Torel 1884 in 2019, and in keeping with its sister destinations, is inspired by Portugal’s cultural heritage. While Torel Boutiques focused on Portuguese artists and Torel 1884 on Portuguese explorers, Torel Palace Porto pays homage to the country’s literature, with each of its 24 rooms and suites named after a Portuguese writer or poet. Plush common areas complement the stately grandeur of the guest accommodations, including a wistful library where books literally jump out of the bookcases, an atmospheric bar-restaurant that pays tribute to Nobel laureate writer José Saramago, a verdant pool terrace, and a boutique spa dedicated to wellbeing and relaxation; in other words, all the amenities one would expect from a five-star hotel.

Known as Palacete Campos Navarro after the wealthy merchant family who built it in 1861, the four-storey building is a beautiful Romantic-era mansion whose opulent interior decoration attests to the family’s bourgeois status and source of wealth, namely exporting products such as fabrics, wine, olive oil and cereals. In order to get a sense of Campo Navarros’ mercantile pursuits, one need look no further than the circular skylight crowning the grand staircase (undoubtedly the mansion’s standout feature): among the floral motifs that adorn the imposing cupola are intricate stucco reliefs of Mercury, the Roman god of merchants, and Minerva, the goddess of the arts and science, as well as allegory figures depicting Industry and Seafaring.

The refurbished cupola is part of a two-year restoration process that saw all of the building’s architectural and decorative elements meticulously restored to their original grandeur, from the pink-hued façade, to the central staircase, to the rich stucco work that adorns the ceiling in the first-floor rooms, including cast portraits of famous Portuguese writers and poets such as Luís de Camões, Barbosa do Bocage, Almeida Garrett and Alexandre Herculano, where the hotel’s literature theme was inspired by. As expected from a venue that pays homage to Portuguese literature, the hotel’s interiors are full of books, from bookcases, wall niches and side tables in the common areas and guest rooms, to art installations in the library and reception where “flocks” of flying books are suspended from the ceiling.

Interior designer Isabel Sá Nogueira has thoughtfully complemented the mansion’s architectural heritage with contemporary sophistication in the form of furniture, colours and lighting, which rather than distract from the classical elegance, manage to showcase it. Antique pieces are mixed with modernist designs, leather and velvet upholstery give way to gingham and stripe patterns, and crystal chandeliers and vintage sconces are supplemented by concealed lighting (most notably in the grand staircase). Sá Nogueira’s most striking gesture however can be found in the hotel’s rooms and suites, in the middle of which she has placed giant, mirrored cubes that house the bathrooms. Despite their contemporary design, the mirror-clad boxes uncannily disappear against the classical interiors. Inside, the minimalist, marbled bathrooms provide a pleasant change from the timber floors, plaster walls and plush furnishings.

A more poetic approach to the literature theme was reserved for the hotel’s restaurant. Named BLIND, the gastrobar is an ode to “Blindness” one of most famous novels written by José Saramago, the first Portuguese-language writer to win the Nobel Prize. A predominant monochrome colour palette of black hues is combined with dim lighting to create a dark, atmospheric ambience where vision is subordinate to taste and smell. Chef Vítor Matos has created a series of “blind experiences” that embody the restaurant’s dedication to culinary experimentation. Inspired by his memories and grounded in his technical expertise, Matos combines seasonal Portuguese ingredients with international influences in dishes such as “Slow-cooked Portuguese-style Codfish”, “Creamy Sea bass Rice” and “Duck Leg Confit with Citrus Sauce”.

The restaurant opens up onto an idyllic courtyard overflowing in vegetation where a dining terrace meets an above ground, old-fashioned swimming pool. Dominated by the pink hues of the building’s façade and the green wall on the opposite side, and featuring crystal chandeliers suspended from a vine-covered metallic pergola, banquette seating and plush sun beds, the space is romantic and lyrical as much as majestic and imaginative, evocatively encapsulating Portugal’s richly layered literary heritage. From the 16th century epic poetry of Luís de Camões and the 18th century lyric poems of Barbosa do Bocage, to the modernist work of literary icons Fernando Pessoa and José Saramago, the spirit of Portuguese literature is very much alive and well in the new Torel Palace Porto.