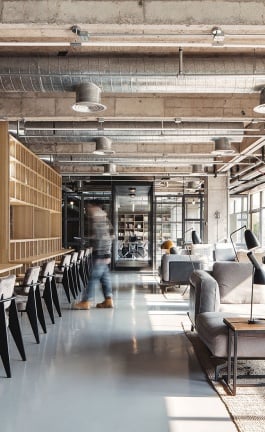 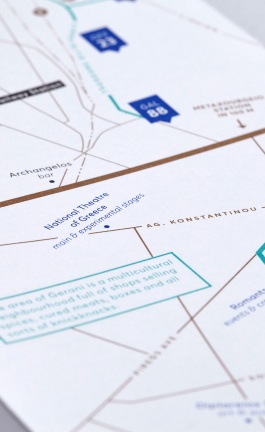 Und. Athens: An Alternative Art-Guide For The Greek Capital

Treasures from the Wreck of the Unbelievable: Damien Hirst’s Mythological Ext...

Treasures from the wreck of the unbelievable. Damien Hirst

Almost ten years in the making, Damien Hirst’s “Treasures from the Wreck of the Unbelievable” is an extravagant project of great ambition and unbridled audacity. It is also a project of grand scale, taking up over 5,000 square meters in two grand Venetian venues, which are part of the Pinault Collection, namely the Palazzo Grassi and Punta della Dogana. Featuring 189 objects in precious materials and in a wide range of sizes that extends from the minuscule to the colossal, to say that Hirst has mounted a show of mythical proportions would be an understatement, all the more so because its content is in fact mythological, albeit pertaining to a fantastical mythology spun by non-other than Hirst himself.

Entering Punta della Dogana, Venice's old customs building, visitors are informed that what they are about to see is not a contemporary art exhibition but the findings of an archaeological excavation that salvaged the precious cargo of a ship called the Apistos (Greek for unbelievable) that sunk about 2,000 years ago off the East coast of Africa. Discovered in 2008 and recovered at Hirst’s expense, the ship carried an immense collection of sculptures, jewels and coins, amassed by Cif Amotan II, a freed slave turned extremely wealthy man from Antioch, who was transporting them to a temple he had commissioned and dedicated to the Sun.

The narrative is of course completely fictional, a historical fantasy concocted by Hirst, and yet, watching the underwater footage documenting the retrieval mission—which entailed actually dropping some of the pieces to the bottom of the sea and then retrieving them—reading the museum-toned captions and admiring the coral-encrusted “rescued” artifacts, one is tempted to suspend his disbelief and immerse himself into the artist’s universe. In this sense, the exhibition conceptually reverberates the current sociopolitical phenomenon of “alternative facts” while tantalizingly asking the viewer to meditate on belief and truth.

Intentionally blurring the distinction between reality and fiction, the displayed “treasures” are an amalgamation of historical styles and civilizations where classical Roman statues, Greek Medusa heads and Egyptian Goddesses converse with Atzec sun stones, Celtic crosses and sitting Buddhas. Mingling among the diverse specimens of ancient cultures are abstract symbols of fictitious languages or creeds and visual references to popular culture including Barbie dolls, Mickey Mouse and even the Game of Thrones. What’s more, several pieces are modelled after iconic artworks such as Caravaggio’s painting of the Medusa and Dürer’s drawing of Praying Hands, both rendered in three dimensions, in a cheeky gesture of anachronism as well as an allusion to the story of art being one of homages and remakes.

Damien Hirst, A collection of vessels from the wreck of the Unbelievable. Photographed by Prudence Cuming Associates © Damien Hirst and Science Ltd. All rights reserved,
DACS/SIAE 2017.

Moving on to Palazzo Grassi, the visitor is fittingly welcomed into the fictional residence of a mega-rich collector who had the shipwrecked treasures fully restored to their former glory. With their coral coating removed and their limbs and heads re-attached, the polished pieces dazzle and mesmerize in a wide selection of precious materials such as Carrara marble, gold, bronze, lapis lazuli, rock crystal, jade and malachite. And if that isn’t overwhelming enough, there’s the spectacle of their subject matter—Andromeda chained to her rock and menaced by a sea monster and a gigantic shark, Cronos devouring his children and a multi-limbed Kali battling a multi-headed Hydra, to name but a few—as well as their size: the aforementioned pieces exceed three meters in height and they are not even the largest in the show. That title goes to “Demon with Bowl”, a sculptural incarnation of William Blake’s “The Ghost of a Flea”, a miniature painting that has been transformed into an 18 meter headless colossus in the Palazzo’s courtyard. Interestingly, Hirst has also created a much smaller version of this figure, as he has with several other large pieces, a process quite familiar to the artist’s business practice of creating multiple versions of his work in different sizes and materials.

For the discerning eye, Hirst has incorporated several tongue-in-cheek clues that expose the project for what it is, a ruse of epic proportions. An Egyptian goddess is modelled after Kate Moss, a pharaoh’s bust resembles Pharrell Williams and several small decaying figurines are in fact toy transformers. Even the name of the ancient collector, Cif Amotan II, is an anagram for “I am a fiction” whereas his limbless, coral-encrusted bust vaingloriously looks like Hirst himself, perhaps an allusion to his own folly or a parody of contemporary art patrons.

The sheer amount of the items on display, their dramatic iconography and ostentatious theatricality, and outsize presence, combined with the grandness of the two venues and the unreality of Venice, turns a visit to the “Treasures from the Wreck of the Unbelievable” into a theme park experience that is at once sensational, overpowering and outlandish.