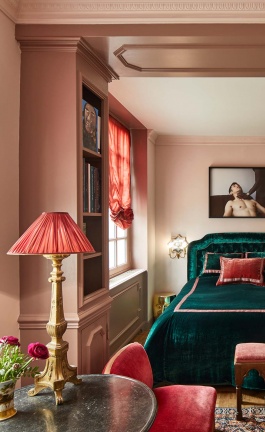 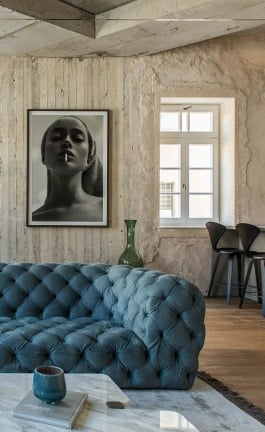 To say that “Under”, Europe’s first underwater restaurant located in Lindesnes, Norway, has made a splash in architectural and culinary circles wouldn’t be an exaggeration. In fact, it’s quite a literal statement: designed by Norwegian architecture studio Snøhetta, the restaurant is half-sunken into the sea, its monolithic form breaking the surface of the water to rest directly on the seabed five metres below. Appearing as if a boat has been capsized or a building has toppled over into the sea, the restaurant is a bold architectural gesture that not only redefines the concept of the underwater restaurant and creates a new landmark in southern Norway, but also functions as an ecological paradigm, designed as it is to fully integrate into its marine environment over time.

But more than that, “Under”, which in Norwegian means both “below” and “wonder”, challenges what determines a person’s physical placement in their environment. “In this building”, as Snøhetta Founder and Architect, Kjetil Trædal Thorsen explains, “you may find yourself under water, over the seabed, between land and sea. This will offer you new perspectives and ways of seeing the world, both beyond and beneath the waterline”.

In the public’s imagination, the concept of the underwater restaurant is mostly associated with touristic destinations like Dubai or the Maldives where holidaymakers get to dine under arched glass structures surrounded by pristine turquoise waters. “Under” upends this stereotype both in location and sensibility, swapping the Instagram-friendly, tropical setting for the briny, murky waters of the North Sea, and the aquarium-like, funfair aesthetic for a modernist sophistication of Scandinavian finesse. Conceived as a sunken periscope, the restaurant takes the form of 34-metre long, concrete monolith at the end of which looms a massive window offering a mesmerizing view of the seabed as it changes throughout the seasons.

Located at the southernmost point of the Norwegian coastline where the North Sea meets the Kattegat Sea, Lindesnes is characterized by intense weather conditions that change from calm to stormy several times a day, making the restaurant’s unique architectural presence even more impressive by the fierce waves that often break against it. The rough weather, in combination with the barren landscape and craggy shoreline, makes for an inhospitable destination but that completely changes when visitors step inside where they are greeted by a hushed, oak-clad foyer. The foyer leads onto an elegant, oak staircase that descends deep into the building where the timber cladding give way to textile surfaces. Turning darker and more intense the deeper one goes below water, the bespoke textiles, stretched over acoustic panels, go from neutral hues to sunset pink, intense coral, sea green, and finally midnight blue in the dining room – an evocative metaphor for the visitor’s descent to the sea bed.

Enveloped in softly textured surfaces and low illumination, the 40-person dining room is imbued by a mysterious, meditative atmosphere made all the more awe-inspiring by the eleven-metre-wide, 3.4-metre-tall horizontal window that opens onto the sea bed outside. Glowing enchantingly as daylight filters down from the surface of the sea, the panoramic window is the room’s focal point throughout the day thanks to a sophisticated lighting system that regulates the room’s artificial lighting levels.

Sourced from locally harvested Norwegian oak and crafted by a local carpentry workshop, the timber cladding has been designed with sustainability in mind, as have the bespoke tables and chairs which have been made using traditional handicraft methods. Sustainability has also been a key consideration behind the restaurant’s menu. Masterminded by Danish chef Nicolai Ellitsgaard from acclaimed restaurant Måltid in Kristiansand, and based on seasonal, locally-sourced produce, the dining experienced is a tour de force of creativity and refinement. As Ellitsgaard says, “just on the other side of our iconic window the ocean is bursting with fresh delicacies from the sea, so the journey from the kitchen to the plate is minimal”.

Featuring half-metre-thick walls designed to withstand pressure and shock from the rugged sea conditions, the building’s structure was built on a barge twenty metres from the site, and submerged on the spot by filling it with water so it could be bolted to a concrete slab anchored to the bedrock. The roughness of the concrete shell functions as an artificial reef, welcoming limpets and kelp to inhabit it, eventually integrating this man-made into nature. And if that wasn’t enough to convince you of the project’s ecological bona fides, the building also functions as a research centre for marine biology and fish behaviour, with measurement tools such as cameras and sensors installed on and outside the building’s shell.

The confluence of architecture and ecology, land and sea, above and below, is perhaps more evocatively conveyed by a vertical window that cuts into the side of the building where the concrete shell touches the sea. Extending from above sea level to the seabed, and from the mezzanine bar level to the dining hall below, it allows visitors to visually track their descent into the North Sea.