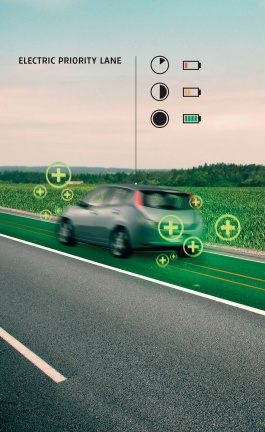 Not located in one of the world's capitals, let alone one of the world's fashion capitals, in a small city next to a regional airport used more frequently by sun-seekers than culture-seekers, the Hyères International Fashion and Photography Festival is an unlikely candidate to feature amongst the globe's foremost creative competitions. And, yet, over the past 28 years, it has proved to be just that.

This year's competition, taking place from next weekend, initially attracted 355 fashion designers and 773 photographers. Those entries were then whittled down to a tight ten in each category. Being short-listed is clearly a feat in itself.

The spiritual heart of the festival is the Villa Noailles which is located in the hills above Hyères, in the Var, southeastern France. A modernist masterpiece built in 1923 by Robert Mallet-Stevens, commissioned by Charles and Marie-Laure de Noailles, two of France's most ennobled aristocrats as well as two of its most forward-looking art patrons - a coincidence, under the circumstances, that speaks of a great continuity in the fostering of future talent.  The festival itself groups past winners with invited designers, artists and photographers, with performances,  exhibitions, installations, symposia on relevant topics, and of course with the showing of the shortlisted candidates' work and the eventual awarding of various prizes.

But what's really exciting about Hyères, and what has made it consistently so relevant, is its ability to bring together people from all aspects of the creative world. So this year finds the entrants rubbing shoulders with Chloéand Mercedes Benz, LVMH and Galeries Lafayette, Swarovski and L'Oréal, Givaudin and Première Vision, American Vogue and BETC, Harvey Nichols and The Business of Fashion, all somehow seamlessly combining in the creative mix.

This year's jury president for the fashion competition is Felipe Oliveira Baptista who has not only altered the playing field with his own innovative label, but has done the same with sportswear as the thrillingly inspiring creative director of Lacoste. Previous fashion jury members have included Azzedine Alaïa, Martin Margiela, Philip Treacy, Karl Lagerfeld, Christian Lacroix, Yohji Yamamoto, Pierre Hardy, John Galliano, Ann Demeulemeester and Helmut Lang. These are people who don't show up for just any old festival. And it's a festival that has given us names like Viktor & Rolf, Gaspard Yurkievich, Ute Ploier, Henrik Vibskov, Romain Kremer and lastly, Felipe Oliveira Baptista himself.

The fact that some of the designers and photographers might never be heard of again in an international sense isn't too surprising – that’s part of the course in every festival or competition. A brief chance at fame and the attention it brings, and a weekend to network one’s ass off doesn't guarantee a  career. Not everyone seeks stardom, some just want exposure. But all undoubtedly benefit from the prestige that comes with, at the very least, being shortlisted for the prestigious competition.

Not everyone has the necessary design-talent-combined-with-business-sense-combined-with-extreme-discipline-combined-with-personal-skills-combined-with-talent-for-promotion that it takes to make a successful career as a designer in their own right. Even with all that, there are no guarantees. But some however, might just have a particular vision, color sense, understanding of volume or special technical mastery that will attract the eye of an established name. So the young designer who foresaw getting a leg up toward creating her own brand and slaving away for years to hopefully make it a success, suddenly finds herself being courted by a major name in the luxury industry and being offered a plum contract and large salary to join the design team. Whether she/he will eventually want to strike out on her/his own after a few years is anyone's guess. After all, for every creative director in the spotlight, there are maybe ten or twenty designers working in the shadows – there simply isn’t room for everyone to make it as a star. Which is why the festival's role as a destination for talent spotters is so very important. This year's jury, for example, includes Floriane de Saint-Pierre, one of Paris' foremost fashion industry headhunters. Although many other industry professionals attend who may not have the term 'headhunter' after their name, their mission clearly amounts to as much.

The opportunity for a young photographer to receive a major education in the space of a few short days is possibly unparalleled. We sometimes overlook that for a lot of years many creative people tend to work in relative isolation, so it can be difficult to bring together the pieces to form a cohesive understanding of how an industry works, how to get from A to D by utilizing B but without alienating C. At Hyères the whole chain is present, from young photographers to long-established photographers, from professional critics and curators down to the curious public and potential collectors, from agency owners to photo editors and art buyers and advertising managers. The dots are all there, ready to be connected.

It's important to remember that this festival is a festival of fashion and photography, not of fashion photography. Not many are here to be the next Mario Testino, and apart from past winners like Sølve Sundsbø and Erwan Frotin, few of the names have graced the pages of fashion magazines. This year's entry from Greece, Petros Efstathiadis, photographs sculptures and sets he makes from objects found in his native village. When you look at previous and current jury members you see a smorgasbord of professions encompassing names like Luca Stoppini, Dennis Friedman, Glenn O'Brien, Emmanuel Perrotin, Terry Jones, Elfie Semotan, Radiohead's Colin Greenwood, each bringing a personal and informed point of view to the process of looking, understanding, appreciating, and eventually selecting.

This is what makes Hyères so exciting. The expectant observer comes to see new talent in fashion and photography, the industry professional comes to uncover the talent and ideas that will shape the creative and visual and artistic world of tomorrow, as, over its 28 years, it has shaped our today.

The Parallel Exhibitions in the villa Noailles you shouldn't miss!

THE LAKE by 254forest. Video direction by Pierre Debusschere.