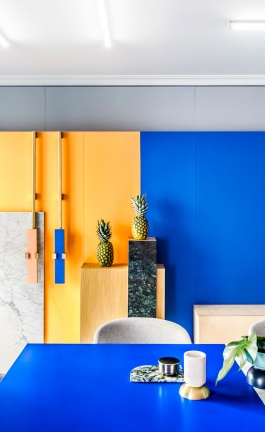 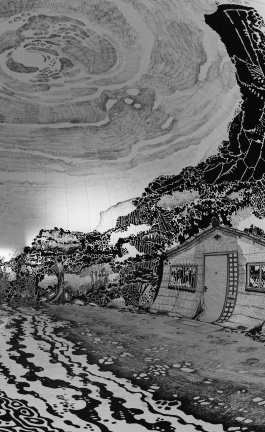 Authentic Flavors and Experiences Served up with a Twist at Zampanó Bistro, A...

The welcoming Greek bistro & wine bar, Zampanó, on Sarri Street in Athens’ Psirri theater district, is a destination where originality, passion and imagination coexist to magnificent effect, offering guests a hospitable experience in the middle of the big city. The bistro is the 6 month old brainchild of business partners, Dimosthenis Misentzis and Epaminondas Skorpideas, who in July of 2012 had already enriched the arty neighborhood by establishing the innovative City Circus Hostel next door. Since then, City Circus has successfully hosted world travelers seeking to experience a true taste of the ancient city from under the shadow of its most iconic landmark, the Acropolis. Now, the owners are completing their vision by offering… truly local flavors!

“We wanted to support Greek companies and local producers, such as wine and beer makers. We love introducing our hostel guests to regional flavors as well as wine and beer, the latter of which they love,” Dimosthenis tells me. This has also been undoubtedly accomplished thanks to talented Chef Chrysa Katakis’ delicious, Greek-cuisine inspired menu, boasting incredibly fresh local ingredients and an impressive wine list that would make any oenophile swoon.

Zampanó’s existence started forming in the minds of its proprietors after they began working on the hostel next door. “Our original idea was City Circus but after seeing the great space beside it, our concept began to evolve. When we finally rented this building two years ago we had a general idea which involved connecting the restaurant to City Circus in some way,” Dimosthenis shares. And they do so in more ways than proximity; the restaurant is called Zampanó in honor of Federico Fellini’s tragicomic character from the 1954 circus-themed movie, “La Strada”.

“The hostel’s guests eat breakfast here,” Epaninondas says, referencing the connecting doorway upstairs which leads from the cozy hostel to the eclectic restaurant space. “That’s often their first introduction not only to Zampanó’s but also to Greek culture,” he continues. “We wanted to offer a modern take on local cuisine that was elevated both in terms of aesthetics but also in regard to the quality of the food served,” Dimosthenis adds. Therefore a strong emphasis was placed on creating a space that both visitors to the city as well as discerning locals would enjoy and flock to in search of a unique and flavorful experience. And judging from the happy mixed crowd that filled Zampanó’s to capacity for Sunday brunch recently they have more than succeeded in their objective.

Calling the bistro “inviting” is an understatement. Dimosthenis and Epaminondas enlisted Maurizio and Giuseppe Alito - the Sicilian architects and interior designer duo to bring the vision they had for Zampanó to reality. The result is a “homely” space melding art deco references—one can’t help but notice the stunning, marble and copper bar - with an eclectic selection of unique furniture and décor items sourced from markets from around the world. “We wanted to decorate using pieces with a history to them that would, in turn, transfer that history to the space,” Dimosthenis says. A glance around reveals a plethora of design details in each and every single element, from the door handles to the perfectly mismatched lighting fixtures hanging throughout. “The project had so much work and detail to it; it wasn’t something that involved a strict plan which we had two months to complete,” Epaminondas says. It actually took a year to finalize, one of the reasons being that Zampanó as well as City Circus are hosted in a charmingly idiosyncratic building that was constructed in 1880 - talk about a space with history!

The aforementioned Sunday brunch scene - which is offered in its current manifestation featuring the creations of guest chef, Gavriil Nikolaidis, and the sounds of gypsy jazz band, Manouchedrome, until the Orthodox Christian Palm Sunday - is merely the beginning of the many plans that Dimosthenis and Epaminondas have for Zampanó. “The important thing is to evolve and to offer new experiences for both our visiting as well as local guests, in accordance to what’s happening in the city during each season; to adjust to the local flavor,” Dimosthenis shares. This includes wine or tsipouro (Greek pomace brandy) tastings along with various other organized activities. “We want to share authentic experiences with our patrons,” Dimosthenis goes on to state. “To bring ideas alive,” Epaminondas adds. Clearly, this exemplary corner of Psyrri is full of ideas that should be experienced.