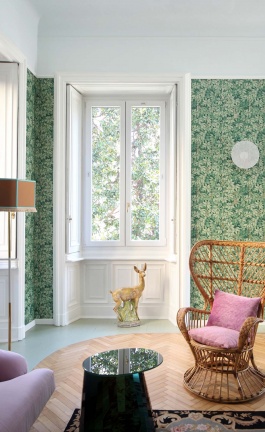 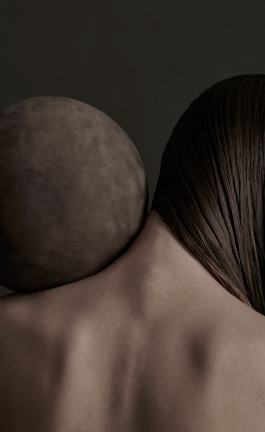 The Belly Tank: A Military Drop Tank is Transformed Into an Αerodynamic Pomme...

The Belly Tank: A Military Drop Tank is Transformed Into an Αerodynamic Pommel Horse

Unless you come across it during a gymnastics performance, at first glance the Belly Tank looks like a cross between a fictional space-age rocket, a submarine torpedo and a mechanical bull. In actual fact however, this extraordinary sculptural chimera, “both commodity and art object”, is a piece of decommissioned military equipment that has been painstakingly turned into a high gloss pummel horse.

Like many creative endeavors, the Belly Tank Project took shape over a bottle of red wine when product designer Axel Kleinschmidt explained to his friend, economist Hartmut H. Hölter, his fascination with belly tanks — an aviation term that describes expendable fuel tanks, also known as drop tanks, externally carried by combat aircraft— which he had found on sale on the internet, and his wish to cleanse such a war object from its military connotations and use it in a positive way. The Belly-Tank Project was thus launched aiming to transform a piece of warfare into a symbol of peace.

The four belly tanks that Axel and Hartmut acquired were made by German aerospace manufacturer Messerschmitt-Bölkow-Blohm as part of the Panavia Tornado, a multi-purpose combat aircraft jointly developed and manufactured by Italy, the United Kingdom and West Germany, introduced into service back in 1979. Acquired from an industrial area in Leipzig, they were transported back to Axel's workshop in Frankfurt where one of them was transformed into a stunning pummel horse in the summer of 2015.

The painstaking process that the two friends single-handedly accomplished involved shortening the tank to 4 meters, stripping the olive-green paint and polishing its surface to perfection, the latter phase taking more than 50 hours of wet sanding and polishing the tank by a special machine and hand! Solid ash wood was used for the legs and steel tubing for the telescopic foots and handles, whereas the felt-lined leather saddle was made by a professional saddle maker.

In the words of Dr. Mahret I. Kupka, curator at the Museum fuer Angewandte Kunst in Frankfurt, the finished artefact is “an object that awakens desires”. As she eloquently said in the autumn of 2015 when the Belly Tank was unveiled in front of the European Central Bank in Frankfurt, “one wants to feel the surface, the polished cold metal, the softness and the warmth of the leather saddle”.

This is not the first time drop tanks have been re-purposed for non-military use — after WWII, taking advantage of their aerodynamic shape, they were transformed into race cars that went on to set new land speed records crisscrossing California’s dry lakes — but this certainly is the first time one has been turned into such a unique piece of art that explores the changing relationship between men and machine, and which moreover can be used for breathtaking gymnastic performances. Samples of such performances, a number of which fittingly took place at Frankfurt Airport, can be watched on videos posted on the project’s channel on YouTube. The Belly Tank will also be exhibited in November 2017 at the Fraport AG Headquarters in Frankfurt.

Despite its radical transformation, the belly tank’s original purpose has, in a sense, been preserved. Only now, instead of actively refueling the planes to remain flying in the air, they are passively supporting the gymnasts to perform their flying choreographies, which is perhaps a poignant reminder that making peace and waging war are two sides of the same coin.

The Belly Tank: A Military Drop Tank is Transformed Into an Αerodynamic Pommel Horse