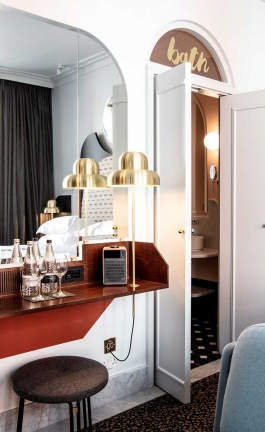 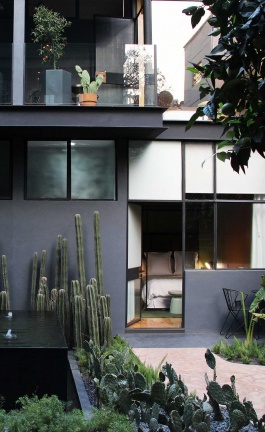 A Train with a Luxurious Story to Tell: the Belmond Andean Explorer by MUZA L...

A "lavish hotel in motion" could be what best describes South America's first ever, luxury sleeper train, the Belmond Andean Explorer in Peru, which was designed by Inge Moore and Nathan Hitchins of London-based design firm, MUZA Lab. Its inaugural launch journey in May 2017 welcomed its passenger-guests with an elegance and exclusivity also romantically connected with the local cultural traditions of the idyllic-seeming, Peruvian Andes.

Designer, Inge Moore, said that MUZA Lab's vision, "was to design somewhere to ponder and dream, a space where the beauty of the land can infuse the soul.” And from the moment any of the forty eight passengers step foot inside the glossy, blue cars of the sixteen carriage train they can tell, in no uncertain terms, that they are in for an unforgettable experience - an adventure story of their own, in-the-making!

The décor is soft and airy throughout, with predominantly neutral tones, such as the off-white, timber paneling on the walls, along with linen roman blinds framing the stunning vistas. Locally sourced crafts - textiles, artworks - in bright, bold colors and patterns punctuate the sophisticated décor in the form of the eye-catching, accent pillows or the downy-soft, baby alpaca blankets that literally "pop" from the beds, armchairs and sofas, to the art hanging on the walls.

Other, very distinctively, "Peruvian" elements abound too; such as the brass room keys which have been forged to resemble the Incan Chakana Cross (also the symbol of the train's official crest). Not to mention that each of the sleeping cabins within the four sleeping cars, as well as the Observation, Piano, Spa and each of the two Dining cars are named after Peruvian flora and fauna - the latter being the Ichu, the Maca, the Picaflor, the Llama and the Muña, respectively.

The journey also provides guests with experiences unlike anything else otherwise experienced in other luxurious accommodations. Take for instance the "Ichu" Observation Car; from its scrolled balconied roof, guests can take a moment's respite on the traditional textile upholstered, large, round center seat and embrace the invigorating 360˚ views as the train climbs nearly 4,900 meters up into the clouds! Alternatively, any guest in search of a more relaxing moment can book a calming treatment at the "Picaflor" Spa; cozy up in the "Maca" Piano Bar for a drink and a slow tune played on the glossy black instrument; or get dressed up in order to enjoy the fine restaurant experience of the elegant Dining Cars.

Naturally, the on-train boutique is the perfect place to pick up a gift or two, celebrating rich Peruvian artistry… now, if any of those beautiful gifts ever leave the possession of the would-be giver is another story!