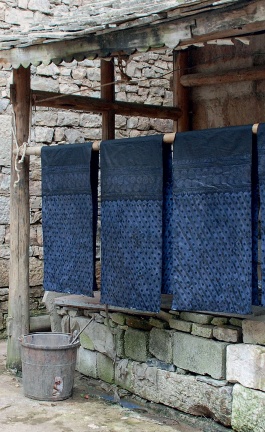 Indigo: The Colour That Changed the World 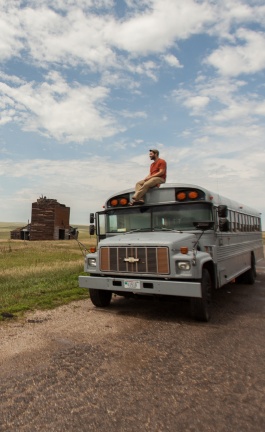 Hank Bought A Bus: Sometimes The Best Plan Is To Not Have One…

Decay you say? Looks more like the glamorous squat of a group of German collectors. Interior specialists Pöppler & Hofstetter bring together an attractive collection of fine furnishing and art in one of Berlin’s hidden architectural gems, open through September 22, 2013.

Between Time, curated by internationally renowned interior architect Gisbert Pöppler and vintage furniture dealer Erik Hofstetter, in collaboration with prestigious design brands like Azucena, Dedar, Farrow & Ball, and a suite of artists, is a pop-up showcase of fine furnishings and art, featuring items sourced from Europe, Asia and beyond.  Unlike other events of its kind, Between Time breaks away from conventions of the typical showroom mono-culture, carving its own space that is part interior architecture studio, part fine art gallery and part home furnishings boutique.

The building hosting the temporary showcase is simply known by its address, Wallstrasse 85. Built in the 19th century, it is considered by architecture aficionados as a gem of Berlin’s Mitte district. After being neglected for 30 years whilst that part of the city sat behind the Iron Curtain, the building has since been used for only a handful of select high-profile events. Inevitably Wallstrasse 85 has not escaped the escalating surge of property development and gentrification now sweeping Berlin, and it has been scheduled for complete renovation in the near future - making the Between Time showcase one of the last opportunities for the public to visit the interior of this historical building in its original form.

The faded glamour of Wallstrasse 85 makes for the ideal backdrop for this showcase which combines vintage and modern design with art and decoration. Despite its commercial character (all the exhibits are for sale), the showcase also functions as a furniture installation where the contrast between the decaying interior of the building and the sleek surfaces of the exhibits is breathtaking; a place where it’s as if the furniture stands ageless and pristine in a building that has been ripped apart by the relentless passing of history and time.

[YatzerTip] We know you will go because the showcase conveniently coincides with Berlin Art Week (September 17-22).