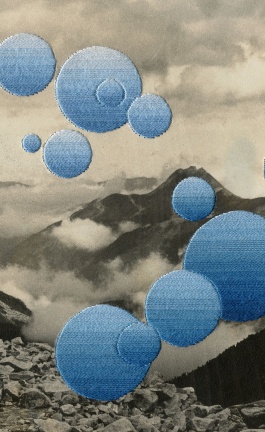 Telling it Slant: Julie Cockburn's Intricate Visual Language Challenges How We Perceive Each Other 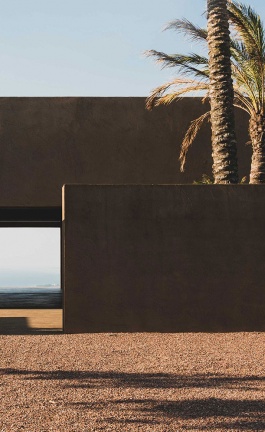 A Minimalist Retreat in Calabria Harmoniously Blends into the Mediterranean Landscape

While good design demands rigorous research, innovative experimentation and a good deal of imagination, it also hinges on an intuitive recognition of what works and what doesn’t. Such a resounding moment of recognition, whose significance was amplified by its serendipitous nature, occurred a few years ago when Adrian van Hooydonk, BMW Group’s Head of Design, stumbled upon a faded 50-year-old photograph of a sleek, modest looking car in a light champagne metallic colour, casually parked in front of a beige stone wall. “The car looked like something from the past, but I still found it surprisingly modern”, van Hooydonk recalls. After some digging, it turned out that the mystery car was the BMW Garmisch, a never fully produced prototype developed by the Turin-based Bertone studio as an independent design proposal for BMW.

Despite, or because of, its elusive provenance, unassuming sensibility and one-of-a-kind colour, the car struck a chord with Van Hooydonk who was drawn in by its timeless, clean-cut elegance and classic modernity. The fact that the man behind the BMW Garmisch is Marcello Gandini – one of the most influential car designers of the 20th century whose work has left an indelible mark on the car industry, including Van Hooydonk’s own work – made the discovery all the more thrilling and sparked the idea of recreating the concept car in order to redress to its short-lived past, while paying homage to Bertone’s stylistic influence on the evolution of BMW design.

Recreating the BMW Garmisch was a challenge, not least because there were very few original documents to work with, essentially a small selection of period images existed, most of them only available in black and white – an unfortunate situation that would prove particularly challenging when it came to recreating the original paint colour. Fortunately, they had an alternative source of valuable information in Marcello Gandini himself, whose approval and support Van Hooydonk sought in the summer of 2018 as a prerequisite for embarking on the project – “He thought it was a little bit crazy, but he liked it”, Van Hooydonk remembers.

Gandini was no stranger to the BMW brand at the time he designed the BMW Garmisch as Design Director of the Turin-based Bertone Design studio – a position he held for 14 years during which time he created iconic sports cars like the sleek, sensuous Lamborghini Miura and the futuristic, wedge-shaped Lancia Stratos Zero. When he joined Bertone a few years earlier, the studio was working on proposals for a new four-door model for BMW, a project that would later influence the first BMW 5 Series. In fact, BMW’s relationship with Italian designers goes back to the early days of the company, with illustrious car models like the BMW 328 Mille Miglia in the 1930s, the BMW 700 in the early 1960s, and the BMW M1 in the late 1970s, all attesting to its productive nature.

At the time of BMW Garmisch’s creation, it was a common practice for Italian automotive design consultancies such as Bertone to showcase their creativity to big car manufacturers, their avant-garde ideas not necessarily intended for full production but rather as proof of their mastery in car design. After a flamboyant, all-green roadster inspired by the BMW 507 showcased at the Geneva Motor Show in 1969, the team at Bertone decided to go for a more subtle, clean-cut design for its next concept car for BMW. “We wanted to create a modern mid-sized coupe that was faithful to BMW’s design language, but that was also more futuristic and even a bit provocative” explains Gandini. The result is a car of understated sophistication, both austere and dramatic, that adeptly combines German motorsport engineering and Italian design – much like its name which was inspired by Garmisch-Partenkirchen, a ski resort in Bavaria that was very popular with the Italian jet set in the 1970s.

What makes the BMW Garmisch such a paradigm of cool is its reduced design language underpinned by a clean-cut geometrical silhouette and a handful of distinctive design cues like the angular variation of BMW’s kidney-shaped radiator grill, a pair of louvres on the C-pillars and a honeycomb mesh covering the rear window – the latter a trademark element of Marcello Gandini’s style. Uncharacteristically for a show car that usually goes through a rushed production process, the interiors have been as meticulously and thoughtfully deigned as the car’s exterior, sporting an unusual vertical radio on the central console, and a lavish fold-out mirror seamlessly incorporated into the glovebox, enveloped in a soothing palette of 1970s cream colours and lavish materials.

With such a richness of unique design features and an inversely proportional scarcity in original documentation, Gandini’s contribution in recreating the car was indispensable. Working closely with BMW’s team of designers and historians, the seasoned designer helped refabricate key details, including interior materials and trim as well as the iconic exterior colour, a seductive metallic paintwork of light champagne reflecting t Italian fashion trends of the time. The team took advantage of the latest 3D rendering tools to recreate the car in great detail before building a full-scale model but when it came to manufacturing, it was back to basics: the BMW Garmisch was coach-built by skilled craftsmen in Turin just like the original car almost 50 years ago.

Seeing the revived BMW Garmisch for the first time in March 2019 was an emotional almost uncanny experience for both Van Hooydonk and Gandini – after all, it’s not often that you get to witness the birth of a brand new, 50-year-old car. For Van Hooydonk it was the satisfaction of turning an old photo into a gleaming, fully functioning vehicle that made the moment as special; for Gandini, it was the reclamation of his past as a source of enjoyment and pride.

Unveiled to the public in May during this year’s Concorso d’Eleganza Villa d’Este at Lake Como, one of the world’s most prestigious events for historic vehicles, the car has taken its rightful place among the BMW Museum’s collection as an archetype of the radical new style pioneered by Italian studios in the late 1960s and early 1970s, and as testament to the cultural exchanges at the core of the BMW brand. And yet, the revival of this iconic vehicle is just as much about the future as the past: it reflects the brand’s past but it also points to the road ahead. “We can still learn a lot from Marcello Gandini’s design approach” Van Hooydonk says, and in particular his approach of trying to accomplish a lot with less. In this sense, more than a specimen of excellent engineering and visionary design, the BMW Garmisch is a blueprint for the future.