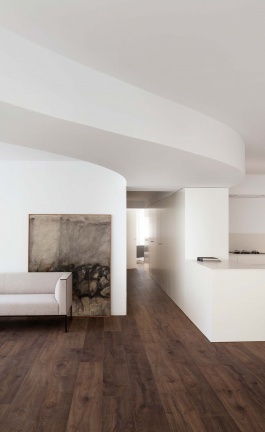 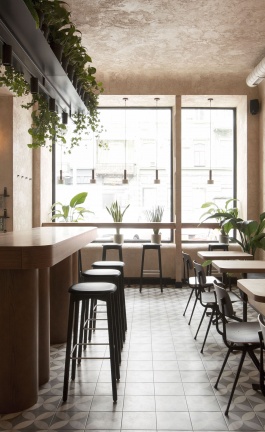 Established in 1906 at Rue du Faubourg Saint-Denis, Bouillon Julien is a veritable Parisian gem both for its exceptional Art Nouveau interior and its famous clientele such as Ernest Hemingway, and Edith Piaf who frequently dined at ‘table n. 24’ with her lover, Marcel Cerdan, the champion boxer. Immaculately restored to its original glory by British designer John Whelan, and founder of London-based studio The Guild of Saint Luke, the restaurant recently re-opened its doors to the public as an aesthetic and culinary homage to splendour of the Belle Époque.

John Whelan is no stranger to this kind of ambitious project: having lived in Paris for over 10 years, he grew disappointed with the state of the country’s historic brasseries so he decided to do something about it. Backed by his design studio, The Guild of Saint Luke, whose affiliated team of artists, architects and artisans specialize in renovating historic interiors, he has - since 2016 - been overseeing the refurbishment of several prestigious establishments in Reims, Strasbourg, and Nancy as part of an ambitious project to renovate 15 brasseries all over France owned by the restaurant group Les Grandes Brasseries de l’Est.

Contrary to appearances, Whelan isn’t motivated by nostalgia but rather a desire to celebrate the talent, ingenuity, and craftsmanship of artists and artisans. This is why the restoration process doesn’t begin on the drafting board or the computer but in museums, libraries and archives, researching the era during which each restaurant was originally designed and the regional decorative arts. In the case of Bouillon Julien, the research uncovered a team of exceptional artists and artisans who had collaborated under the direction of French architect Edouard Fournier to create one of the most spectacular Art Nouveau interiors in Paris.

The elite team of French artists and artisans included painter Armand Segaud who created the restaurant’s resplendent peacock panels, famed ‘Ecole de Nancy’ woodworker Louis Majorelle who crafted the majestic mahogany bar, and ceramists Louis Trézel and Hippolyte Boulanger, the former responsible for the nymphs in the four painted molten glass panels and the latter for the floor tile pattern of geraniums and daisies. Meticulously restored to their original grandeur, such flamboyant flourishes, unabashed in their ornamental maximalism and decorative playfulness, constitute a mesmerizing interior that sweeps you off your feet. Beautiful as these features are, not to mention the stunning stained glass ceiling in the centre of the dining hall, which was crafted by the celebrated glass atelier of Georges Guenne, the most spectacular aspect of the renovation had to do with wall paint.

For decades, Julien was saddled with a mundane tobacco-coloured interior that was uncharacteristic of the turn-of-the-century exuberance of the Art Nouveau movement. During the initial research phase, the designers discovered that the original 1906 wall colour was in fact sea green, its vibrant hue having been effaced by decades of indoor smoking—if health reasons aren’t convincing enough, then surely the preservation of our architectural heritage should be a definitive smoking deterrent, at least for those design-orientated like us.

The quest to bring to light the restaurant’s original character was not limited to the décor. Although Julien had adopted the model of a brasserie over forty years ago, as its name suggests, it was actually founded as a 'bouillon', a fast, inexpensive restaurant targeting the working classes during the Belle Époque. With this in mind, Julien’s new menu will prove to be a surprise with its low prices that offer great value for French culinary classics such as poireaux vinaigrette (leeks vinaigrette), escargots and Rumsteack Simmental. Bon appétit!