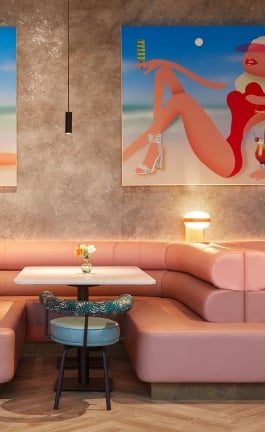 It’s hard to imagine it now, but a century ago Athens was the poster child of European Romanticism, a beautiful city of Neoclassical edifices, mansions and houses surrounded by gardens and courtyards, in other words, the antithesis of today’s sprawling concrete metropolis. Reflecting on the destruction of Athens’ Neoclassical heritage in a 1980 short film by Nikos Grammatikopoulos, Greek modernist painter Yannis Tsarouchis, who grew up in several Neoclassical houses in Piraeus and Athens, poignantly said that watching the city’s historic buildings being torn down felt like his life was being dismantled—"It was like [experiencing] the sudden death of close friends”. Tsarouchis’ words may sound melodramatic but they were justified; stripped of its Neoclassical beauty, the city not only became uglier, it also lost a vital link between its ancient past and contemporary character.

Four decades onwards, there is overwhelming consensus about the importance of preserving the estimated 20% of Neoclassical buildings that have survived, backed up by strident conservation laws, and yet many of them still stand derelict, the by-product of overlapping procedural, economic and social factors. So, it’s always a great pleasure to come across ambitious renovation projects, especially the kind that combines a respect for history with a meticulous attention to detail and a forward-looking sensibility. Case in point, Casa Somos Suenos, a 19th century townhouse painstakingly transformed by Athenian architect Dimitris Pavlou from an uninhabitable ruin to a charming residence of contemporary sophistication and nostalgic soulfulness. Refurbished by Pavlou’s Athens-based architectural practice Studionoh, the property’s restored Neoclassical grandeur is complemented by vernacular and mid-century touches filtered through a wabi-sabi lens that connect its architectural heritage with modern-day Athens. With the ground floor having recently opened its doors as a short-term rental apartment and the upper floor scheduled to welcome visitors next year, the project is as much a labour of love as a business endeavour; above all though it’s an ode to the city’s battered yet lambent Neoclassical soul.

A village of no more of 5,000 residents huddled under the Acropolis when it became the newly fledged country’s capital in 1836, by the turn of the century Athens had blossomed into a European city of wide boulevards, grand squares, stately townhouses and elegant two and three-storey houses. Introduced as a romanticised version of the city’s classical past by a team of acclaimed architects such as Danish Theophil Hansen, Saxon Ernst Ziller and Greek Stamatis Kleanthis, Neoclassicism dominated Athenian architecture throughout the 1800s and early 1900s in the hands of a new generation of Greek architects who added unique structural and stylistic elements.

After WWII, the rapid urbanization that saw Athens’ population explode with the arrival of millions of rural workers looking for employment, in combination with an over-enthusiastic approach to modernization and lack of administrative oversight, led to the large-scale destruction of Athens’ neoclassical architecture in favour of multi-storey concrete apartment blocks. Even when conservation laws were passed in the 1980s, many of the surviving Neoclassical houses were left to decay, the result of bureaucratic hurdles, lack of resources, complex ownership structures and the decline of a large part of the city’s centre as citizens moved to the suburbs.

The story of Athenian Neoclassicism is poignantly encapsulated in the history of Casa Somos Suenos. Owned by his extended family, the two-storey residence captivated Pavlou for as long as he can remember both in terms of its architectural elegance and storied past. Built in 1874 by the country’s first Supreme Court judge, the property took on several incarnations in the 20th century, including a bar in the 1980s, before being abandoned and taken over by squatters.

Just like many abandoned houses in Exarcheia, a once upscale, bourgeois neighbourhood turned graffiti-covered counterculture hub, it was commandeered by the anarchist squat movement by its central location just a block away from the cafés and eateries-lined Exarcheia Square and Strefi Hill urban park. Squatters tend to cause a lot of damage and this was no exception—they even burnt the property’s timber elements, from floorboards to decorative carvings, to keep warm. Needless to say, the ’s restoration was a herculean task which involved not only fixing such extensive damage but also contending with the lack of original drawings, navigating the state’s labyrinthine bureaucracy (often involving years to obtain building permits), and ultimately evicting the squatters.

Fortunately, the stone-built structure was in good condition, so Pavlou focused on refurbishing the hole-ridden softwood floors, crumbling fireplaces and imposing timber staircase, transforming the overgrown backyard into an outdoor spa, and meticulously restoring the house’s original ornamentation which includes beautiful plaster corniches and ceiling mouldings. A significant part of the restoration process, the creative reuse of building materials attests to the project’s sustainability ethos as well as Pavlou’s creative thinking. A steel pergola that once provided shade to the bar’s outdoor seating for example found new life as a basement support, while a desiccated tree that had to be cut down was used to build a step in the backyard where it once grew.

Inspired by the classical elegance of Parisian apartments and underpinned by a wabi-sabi-informed minimalist aesthetic, the interior design of the ground floor two-bedroom residence is a paradigm of understated elegance. A selection of mid-century furniture with a predilection for Danish designers, most of which were sourced from Pavlou’s own collection, elegantly complements the property’s restored Neoclassical flourishes, while exposed masonry wall sections that speak of the building’s century and a half age add subtle vernacular touches. At the back of the house, the revamped patio is a laidback haven of bohemian ambience, complete with a shaded dining area, sunbeds and a hot tub amid lush vegetation.

A serene oasis amid Athens’ chaotic urban fabric, Casa Somos Suenos invites guests to imagine what the city would have been like if its Neoclassical identity had survived the 20th century and been allowed to mature. At the same time, the project is a reminder that not all is lost, that scars can be healed, that the city can get better, but only if we dream of a better city, after all, to paraphrase the project’s Spanish name, we are our dreams.