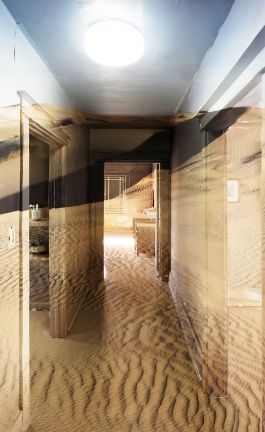 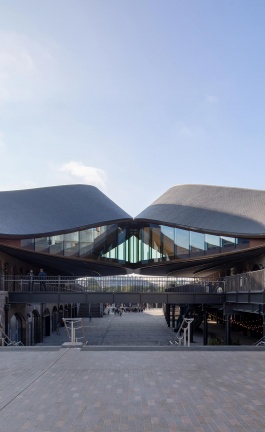 When it comes to artistic installations and their constituent materials, we thought we’d seen it all—fabrics, mirrors, books, digital screens and even plastic trash from the Pacific Ocean, you name it, it’s been done. But we stand corrected: behold an installation made out of wheat, and not just any wheat but a selection of near extinct varieties. Designed by New York-based Israeli architect Nati Tunkelrot and Tel Aviv-based Israeli designer Guy Mishaly, and presented during the Jerusalem design week 2018 in June, ‘Goren’ is a mesmerizing homage to the most important agricultural crop in the western world as well as a forewarning to the dangers that commercial agriculture poses to its diversity and uniqueness.

Created in collaboration with researchers and farmers at the Weizmann Institute and the Volcani Center in Israel, the installation takes its cue from wheat’s 12,000 year-old history in the Middle East and the thousands of genetic variations that have evolved, many of which have been driven to the brink of extinction during the last 100 years due to the predominance of a few high yielding strains. By using some of these endangered varieties, Goren references the molecular building blocks that make up their unique genome that humanity is in danger of losing, as well as visually demonstrating the unexpected variety in size, shape and colour between them.

Installed in the courtyard of the historic Hansen building in ancient Jerusalem during the city's design week, the suspended wheat tillers coalesced into a swarm-like, hazy composition that visitors could walk under and around. Sharing a similar colour palette with the surrounding stone walls and paving, it nevertheless stood out in its chaotic weightlessness against the heaviness and rectilinear order of the stone structure. Floating like an ethereal chandelier softly echoing the building’s arches, Goren conjured up the past in all its intricate richness as a visceral reminder of the diversity and uniqueness we are in jeopardy of erasing in our quest for agricultural efficiency.

During the week-long show, visitors had a chance to experience the installation from dawn to dusk, and well into the night, as it gradually shifted in apparent density, colour and texture under daylight, sunlight and artificial lighting. Since it was conceived as a seasonal installation, hopefully we will get another chance to experience Goren soon with plans for an upcoming show in the spring of 2019 already under way.