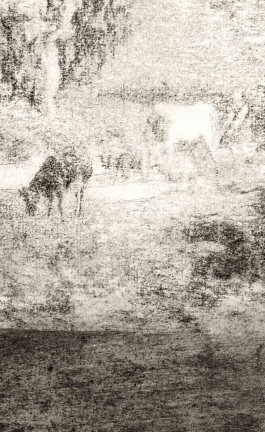 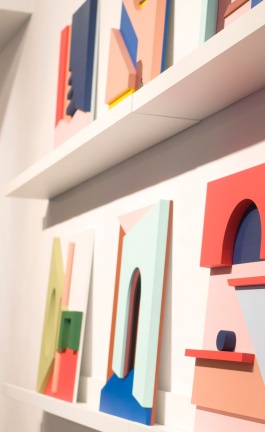 Emily Forgot Creates a Fantastical Neverland with her Art

Located in Montorgueil, a central cobbled Parisian neighborhood complete with cafés, bistros and bars as well as French essentials like boulangeries, charcuteries and wine sellers, Hotel Bachaumont has reopened its doors (after 40 years) to welcome guests into its eclectically renovated embrace that both reflects its rich history as a century-old local hotspot and projects an aura of contemporary elegance and charm, thereby subtly encapsulating 21st century Paris.

Establishing its hospitality bona fides in the roaring 20s, the Grand Hôtel de Bachaumont became a bourgeois institution hosting professionals like doctors and traders—who found the hotel’s proximity to Les Halles, the city’s and France’s largest central market, quite convenient —as well as celebrities and society figures. After the market was relocated to Rungis outside central Paris in 1971, the hotel fell into decline and eventually closed down, to subsequently be used as a local clinic. Enter Samy Marciano, local fashion retailer and hospitality enthusiast, who took it upon himself to restore the hotel to its past glory but also, as he says, “to give something back to a neighborhood which has given me so much”. And restore it back he did, with the building's Haussmannian façade brought back to its original state, its stone-engraved name emblazoned across it welcoming guests once more.

For the interior, Marciano joined forces with interior designer Dorothée Meilichzon, founder of the design agency CHZON and creative force behind other Parisian gems like the Hotel Grand Pigalle, and the result is a boutique hotel of minimalist sense and Art Deco sensibility. Meilichzon has mined the hotel’s early 20th century incarnation for elements that she has then eclectically transposed into a contemporary aesthetic of her own where marble inlay flooring, Parisian carpentry and decorative moldings are revamped with a palette of subdued greys and dark blues and complemented by trimless mirrors and mid-century brass fittings with black highlights. Going one step further, she has also appropriated the decorative ironwork of the arched portico and used it throughout the hotel’s interiors as a geometrical motif: inlaid on the Carrara marble flooring in the entrance, woven on the carpets in circulation areas and engraved on the guestrooms’ bedside tables—all of the furniture at the Bachaumont has been custom designed by Meilichzon.

Upon entering the premises you are led by an airy passage, rather like a stripped down version of the Hall of Mirrors in Versailles through to the reception area in the back. As you walk through, the Bachaumont restaurant appears on your right across from Night Flight, the hotel’s bar, both run by the Experimental Group, a household name in high-end hospitality with an eclectic mix of bars and restaurants across London, New York and Ibiza and frequent collaborators with Meilichzon. The two-room restaurant, a brasserie serving revamped French classics like Galician Wagyu côte de boeuf and devilled eggs with mackerel, is essentially the social hub of the hotel with guests coalescing around its large and airy, courtyard-like, central space, brightly lit through a redesigned glass roof during the day while reverting to more intimate, candle-light illumination in the evenings. The Art Deco-inspired décor, featuring an open-kitchen complete with copper kitchenware, backgammon-inspired veneered dining tables and fabric print chairs of fuchsias, pastel pinks and blues, gives the room a vibrant, playful vibe whereas the restaurant’s wine bar in the adjoining room exudes a more jazzy note. The Night Flight bar on the other hand, named as a tribute to travelers after Antoine de Saint-Exupéry’s book of the same name, eschews the restaurant’s bright colors for a more understated, darker ambiance with hand-painted dark wood paneling, a black marble counter top and deep blue and orange velvet seating.

For the 49 rooms, four of which are apartment-sized suites, Meilichzon has opted for a restrained elegance using a palette of blue, teal or gray and cleverly furnishing them with slender pieces made out of marble and wood — as is the norm in Paris, most rooms are on the small side — and Pierre Frey Fabric headboards and retro brass luminaires. Meanwhile, the bathrooms feature Victorian freestanding washbasins framed by colorful geometric tiled floors and penny-tile walls. The suites, named after local sites: Montorgueil, Montmartre, Louvre and Bachaumont, are more richly furnished with freestanding writing desks, marble bars and claw foot baths as well as breathtaking views over the rooftops of the city, providing guests the perfect abode to savor both the Paris of yesteryear and that of today.