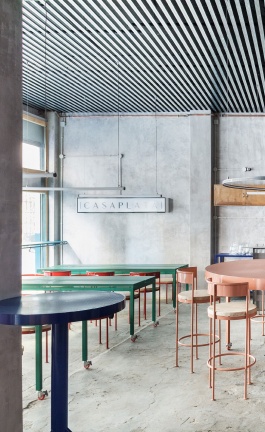 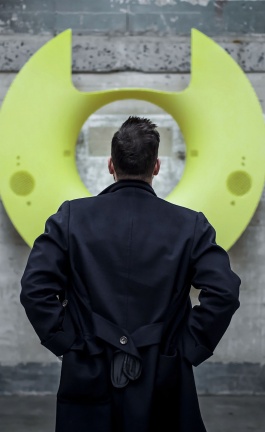 When London based architect Roberto di Donato was commissioned to renovate an apartment located in an early 20th century listed building in Valencia, Spain, he approached the project both as an architect and as an archaeologist. Meticulously uncovering multiple layers of past interventions to bring to light the original building fabric, he has neither discarded nor concealed his findings but rather incorporated them into a design of modern elegance that celebrates the building's history.

One of the key elements of the apartment’s renovation was the restoration of the original roof structure. Along with large wall sections of exposed brickwork that reveal multiple layers and various “wounds” accumulated over the decades, and in juxtaposition with the contemporary elements that have been kept to a minimum, the bare building fabric provides a sense of continuity with the past.

This being an apartment of limited space, the increased ceiling height, permitted by the decision not to install a suspended ceiling, also provides a much needed sense of spaciousness, as does the sequential layout of interconnected rooms - kitchen and dining area in the front, lounge in the middle, and bedroom with an en-suite bathroom in the back - which makes the apartment’s entire depth visible while leaving the existing roof structure undisturbed.

Conceived as a single space, the apartment's spatial calibre is further enhanced by emphasizing its vertical and horizontal dimensions. The latter is accentuated by the long kitchen worktop-cum-dining counter, the plasterboard wainscoting that runs along the entire depth of the apartment and the concealed lighting incorporated within.

Separating the private areas from the living quarters, the architect has designed an unconventional partition wall fashioned in the shape of two wooden pillars. Containing three sets of doors that allow different degrees of privacy, the two elements also double as the bedroom’s wardrobes. Other vertical elements underlying the verticality of the space include the full-height white curtains, the long, slender pendant lights above the dining counter and a vintage ladder in the bedroom

A furniture selection of modernist elegance complement a quite bare, minimalist décor that relies mainly on the textural variations of the exposed building fabric rather than on any ornamentation to create a distinct environment that is both grounded in the present and in conversation with its past.