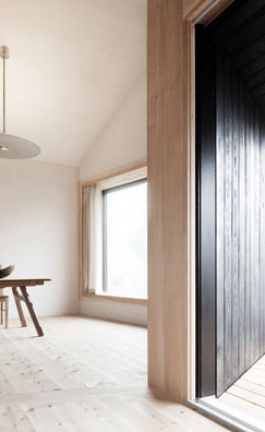 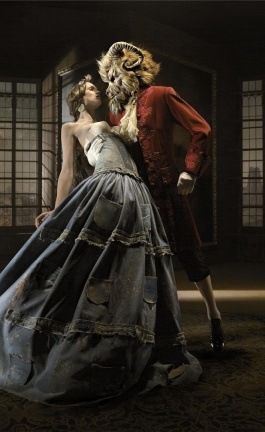 British designer Paul Smith is renowned for his passion for collecting objects of all kinds, showcased throughout his beautiful revamped store in London, UK. With its unique bold cast-iron front, by 6a Architects, with geometric spirals that recall Paul Smith’s signature stripe, the new extended store acts as a showroom for Smith’s favourite and most exclusive pieces from his current lines.

The boutique is located at number 9 Albemarle Street in London’s upmarket Mayfair neighbourhood and the cast-iron front, is the feature that’s got tongues wagging. The shop front is not only visually striking, but through using cast-iron, it’s also very much a veritable symbol of London’s rich industrial past. Created by London-based leading architecture firm 6a Architects, the design is reminiscent of the firm’s signature style that usually combines industrial materials with lighter, more organic shapes and patterns. The award-winning practice has developed a particular reputation for contemporary art galleries, educational and residential projects in sensitive historic environments. Notable projects include the extension to the South London Gallery 2010), new fashion galleries at the V&A (2012) and Raven Row art gallery in Spitalfields (2009).

Iron is still a widely used material in London’s streets seen in its railings, gratings, balconies and lampposts. Using cast-iron in this way for a shop front places the heavy material in a new context thus giving it a new lease of life. Paul Smith’s unusual brief can’t have been easy to implement. He wanted his shop front to be a statement that contained ''an eclectic collection of references, images, textures and traditions, encompassing military medals, woven hats and finely drawn gold ingots alongside sharp tailoring, the soft fall of cloth, craftsmanship and delight in surprise,'' as it says on the 6a Architects website.

The ornamental sinuous pattern of interlocking circles on the façade convey an optical complexity that changes according to sunlight, but when looked at head-on, the pattern is also reminiscent of finely woven cloth, a central tenet in Smith’s work. The heavy geometrical pattern cast into the iron is juxtaposed with Smith’s discreet doodles of a cat, boot, and bird engraved in the lower panels, adding a touch of fun and lightness, recalling the designer’s signature style – a combination of savoir-faire with a touch of eccentricity.

Curved display windows encased in the heavy iron glow like luminous bulbs and echo the curves of nearby arches. A hard-to-decipher stained oak door that lies flush with the cast iron panels acts as a reminder of the moulding process used to shape the panels, ''The cast iron panels curve in to the recessed oak entrance door, a gently bowed iron step evokes worn away treads. Over time, the iron threshold will polish under foot, recording the life of the building in its material.''

{YatzerTip}: Paul Smith is an English designer whose success began in 1976 with his first menswear line. For a closer look at Paul Smith’s work through the last three or so decades, the London Design Museum is showing a retrospective exhibition of the designer’s work entitled ''Hello, my name is Paul Smith'' which will run until 9 March 2014.