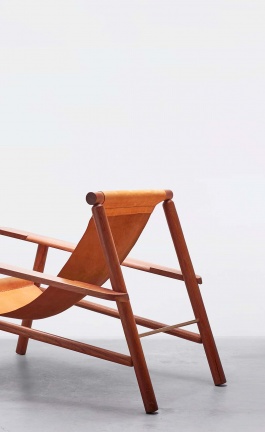 “If you think this Universe is bad, you should see some of the others”, Philip K. Dick famously said, and boy have we seen our fair share of alternative realities, futuristic dystopias and alien cosmologies that science fiction has been reliably offering since the 19th century. A retrospective of these fantastical accounts, Science Fiction: A Journey into the Unknown, is being currently staged in collaboration with London's Barbican Centre at the the Onassis Cultural Centre in Athens, Greece. Curated by Swiss historian, writer and science-fiction connoisseur Patrick Gyger, and featuring more than 800 exhibits arranged into four sections, the exhibition unfolds as a kaleidoscopic exploration of science fiction's long-standing influence on contemporary culture.

In the first section, Extraordinary Voyages, visitors delve into the uncharted territories of our planet as envisioned by science fiction pioneers such as Jules Verne, Jonathan Swift and Daniel Defoe, showcased through their books, manuscripts and drawings. The second section, Space Odysseys, explores life beyond earth through fictional space missions and alien visitations, while Brave New Worlds looks into the future of our civilization presenting alternatives narratives of both utopias and dystopias such as those fleshed out in “1984”, “The Handmaid's Tale” and “Hunger Games”. Lastly, Final Frontiers focuses on our attempts to manipulate, enhance or even transcend our bodies and minds, from the rogue scientific attempts in Mary Shelley’s “Frankenstein” and Robert Louis Stevenson’s “Strange Case of Dr Jekyll and Mr Hyde”, to the sophisticated unions of man and machine in “The Terminator” and “Ex Machina”.

With the increasing sophistication of special effects, film-making is by far the most evocative medium for bringing science fiction narratives to life, and the show has avidly mined the movie industry for clips, many of which play on a loop, as well as drawings, story boards and costumes.

Undoubtedly the biggest attractions for ardent film goers are the plethora of props used in some of the most famous sci-fi movies to date. The eclectic selection includes Darth Vader’s’ sinister helmet, alien masks from “Close Encounters of the 3rd Kind” and “Alien”, and Godzilla’s busts from Roland Emmerich’s 1998 movie of the same name - the latter designed by famed production designer Patrick Tatopoulos whose work is featured in “Independence Day”, “Stargate” and “I Am Legend” - as well as several robotic entities like Sonny the mercurial android from ”i, robot” and TARS, the monolith-like contraption in Christopher Nolan’s “Interstellar”.

Fans of Star Wars in particular will be delighted with Swiss illustrator and graphic novelist Martin Panchaud’s SWANH, an info graphic depiction of “Star Wars: Episode IV”, where the entire movie, including every character, piece of dialogue, spaceship and sound effect, has been condensed into a 123 meter, 465152 pixel long visual narrative.

Other movie-inspired attractions include Terence Broad’s auto encoded version of Ridley Scott’s “Blade Runner”, reconstructed frame by frame through a computer’s artificial neural networks, and an interactive installation by Territory Studios which invites visitors to enter a scaled down version of the NASA Mission Control set as featured in “The Martian”, another Ridley Scott productions, and explore the relationship between fictional narratives and reality in film.

Movies form only a part of the show’s wide overview of contemporary culture’s appropriation of science fiction that covers a period of more than 100 years: from confectionary cards fating as far back as 1901, vintage Soviet postcards, ads from the ’60s and mid-century pulp magazine covers, to James Gurney’s Dinotopia paintings and contemporary artworks from the likes of Isaac Julien, Trevor Paglen, Larissa Sansour, and Conrad Shawcross. Paglen’s “Orbital Reflector (Diamond variation)”, a reflective prism that is part of an engineering-cum-artistic study on how to make orbital structures visible from earth, hangs in the building’s foyer next to the exhibition’s entrance as a beacon for the treasure trove of artefacts, experiences and ideas that awaits visitors inside.

The exhibition is complemented by a variety of happenings including roundtable discussions, adult workshops and educational programs for children, as well as several screenings of iconic sci-fi movies, ranging from art house classics such as Georges Méliès’ “Le Voyage dans la Lune” and Jean-Luc Godard’s “Alphaville”, to mainstream flicks like Richard Fleischer’s “Fantastic Voyage” and Steven Spielberg’s “Close Encounters of the Third Kind”.

More than concocting fantasy worlds as an escape from our mundane lives, science fiction has also been building a case for the human race’s potential to survive and even flourish against an unknown and perilous future. As Isaac Asimov said, “the core of science fiction, its essence, the concept around which it revolves, has become crucial to our salvation if we are to be saved at all”, an open-ended question that the show is determined to provide all possible answers to.

The core of science fiction, its essence, the concept around which it revolves, has become crucial to our salvation if we are to be saved at all.