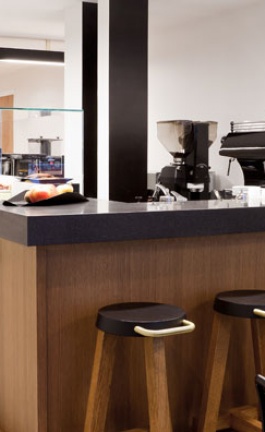 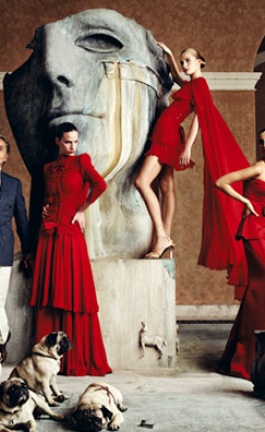 Here’s the one thing you’ll learn NOT to do when visiting the Hermès workshop in Paris: leave your bag on the floor! Once you’ve taken the tour through their Rue du Faubourg Saint-Honoré boutique, you’ll realize that treating your leather with the respect it deserves is like paying tribute to the craftsman who made it. Especially if it comes from Hermès!

On a typical grey Parisian morning, 'Hermès' picked me up - whisking me away to suburban Pantin, home to some of the biggest luxury houses in the world. But on the 24th October 2012, I only had eyes for Hermès! Visiting their fragrant workshop is a real sensory experience. Your eyes, your nose, you ears; they’re all part of a luxurious journey. First, it’s the tap-tap-tapping sound that rhythmically follows your every step, a sign of industrious hands at work. Then it’s the smell of the leather, from the simplest and supplest calfskins to rare finds like ostrich legs, rainbow lizard and reverse croco, all sourced by Hermès’ experienced leather-hunters.

On the ground floor of this charming building, designed by architect François Ceria, a monitor is strategically placed right next to the elevators, live streaming customers shopping in the Paris flagship store, so leather-workers can follow the fate of their beloved bags, even if they’re 6.4 kms away!
Hermès artisans claim they can recognize their handiwork on celebrities or pick their own pieces out of a line-up any day of the week and I, for one, am willing to believe it!

As for the workshop itself, the prevalent sentiment is that of everlasting love: each bag is affectionately crafted by a single artisan from start to finish, which would explain why they only turn out two pieces a week. No leather-worker is allowed to intervene in another colleague’s bag and each individual has their own set of tools, which they eventually take home with them when they retire. It goes without saying that the mere mention of placing your bag - no matter what the origins and price - on the floor to flex your tired muscles, is worthy of capital punishment!

It doesn’t take long to realize that the Hermès universe is ruled by discipline and precision, but that doesn’t mean it lacks imagination. Out of all the impossible beauties the bespoke department has produced over the years – including a portable bar, a machete, an aviator cap, Barbie clothes and a leather-clad Leika – the green apple bag still holds a special place in their heart. 'The client wanted to gift it to someone who constantly ate apples,' says Parisian bag maker Valerie Benardeau. ''The bag's inner layer was made of beaten silver metal and its exterior covering was leather. As the bag was being made, apples were constantly brought to Hermès to test whether the evolving design would fit perfectly!''

Although this cult legend was nowhere in sight, a lot of valuable pieces are bequeathed back to the house when they reach the hands of heirs who are generous enough to part with them, or feel they’d be better cared for in their natural environment. Let’s not forget that the Hermès heritage is not just limited to manufacturing, it also specializes in overcoming accidents and easing the passage of time.''It’s all functional, not decorative,'' says my tour guide and I can’t help but believe her. From its equestrian origins through to its first steps into society, the house of Hermès has proved that choosing, cutting and reading leather is akin to high art. Add a long work table, an experienced craftsman and forty leather and hardware elements, and you’ve got yourself a bag that’s worthy of royalty. So the next time you hear someone complain about the mile-long waiting list for the exquisite Kelly - named after the impossibly chic Grace Kelly, Princess of Monaco – tell them it’s worth the wait!

> The beauty of the material calls for the perfection of the work, even if it can’t be seen. The bottom must be worthy of the top, and the inside the outside. <
Colette, 1942