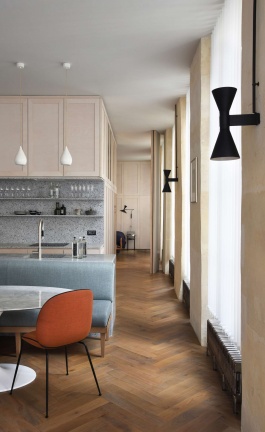 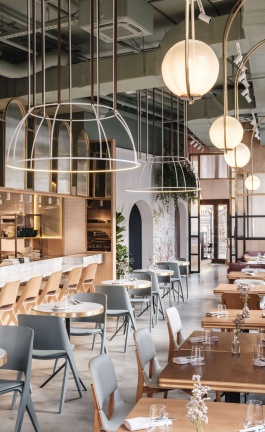 On a mild Monday afternoon in mid-May, a very colourful, three-course dinner took place at Stockholm’s Rosendal Garden, a verdant setting on Djurgården Island. The occasion was Mateus Meets Fashion, an event under the auspices of Mateus, purveyor of soulful, hand-crafted, ceramic tableware, where the brand’s decorative flamboyance met the distinct fashion sense of five personalities, each of whom was invited to create his or her own table setting for a group of close friends and colleagues. Attending the event was our very own Costas Voyatzis who was there to celebrate the new yellow edition of “Mateus meets Sam Baron meets Yatzer” – a ceramic collection Costas designed last year in collaboration with French award-winning designer Sam Baron on the occasion of the brand’s 25th anniversary – which was on full display on a radiant, all-yellow table setting.

Drawing from the brand’s predilection for vivid colours and rich decorations, and underpinned by its core principle that all the collections can be mixed and matched, the six table settings, which were conceived and realized in collaboration with interior designer and stylist Agneta Törnqvist, not only exemplifed the power of creativity to transform even a humble dinner table into a beautiful canvas, but also embody Mateus’ raison d'être: the brand was founded in 1993 by Teresa Mateus Lundahl out of a desire to make the dining table a more exuberant, colourful and stimulating place to gather around. In that sense, the dinner could not have taken place in a more suitable location than the charming Rosendal Garden, surrounded as it was by lush orchards, vegetable fields and blooming rose gardens.

Inspired by the wooded countryside of her native Småland in southern Sweden, fashion model, actress and founder of beauty brand Emma S, Emma Wiklund’s moss-covered table stood out. Coupled with a fern centrepiece and a palette of faded green, blue and purple tableware, Emma’s setting caught our eye, not unlike her head-turning catwalk struts during the 1990s, most notable of which was her iconic runway appearance on George Michael’s 1992 music video for "Too Funky" sporting a stunning Harley-Davidson bustier by Thierry Mugler.

As sombre in colour palette and as dramatic in set up was the table of Swedish artist Clara Hallencreutz, which was enveloped by a scrunched up, plum tablecloth and crowned by a bouquet of purple and magenta flowers that seemed to be growing out of the table, a symbolic gesture that we all have the same roots.

The evening’s only male host, fashion editor Martin Hansson, chose a neutral palette of grey tones with tableware from the “Mateus meets Sam Baron meets Yatzer” collection arranged on a simple linen tablecloth and adorned by bright yellow sunflowers, a painterly composition that transported his guests to the south of France.

France also provided inspiration for Therese Hellström, global PR manager of fashion brand Custommade, fashion editor at Forni.se and fashion blogger on Elle.se, and in particular the city of Paris. Titled "Colorful Parisienne", Therese’s table channelled the city’s flirty ambience through a rainbow-like composition of blue, green, orange and pink tableware and matching flowers, laid out in a sequence on a crisp, white tablecloth.

Just as colourful was the table of mother and daughter Annica and Linn Eklund, the former a photographer and owner of Swedish carpet manufacturer Bolon, the latter a fashion blogger. So whereas Therese’s table embraced order and perfection, Annica and Linn’s setting was conceived as a playful melange of mixed colours and forms, including pineapples, watermelons, mirrored placemats and neon flamingos, inspired by the exuberance of the 1980s disco scene and Miami’s South Beach.

Of course when it came to colour impact, it was the all-yellow “Mateus meets Sam Baron meets Yatzer” table that stood out. Set against the lush greenery of Rosendal Garden, the monochrome composition perfectly showcased the collection’s brand-new colour as well as its primordial aesthetic and stylistically pure design language. Or perhaps it was the brilliance of the composition in the juxtaposition of the collection’s minimal, clean lines and the zestful exuberance of the yellow hues which playfully alluded to Mateus’ marriage of contemporary Swedish design and traditional Portuguese craftsmanship? Whatever the intention, the visual delight more than matched the culinary treats that followed.